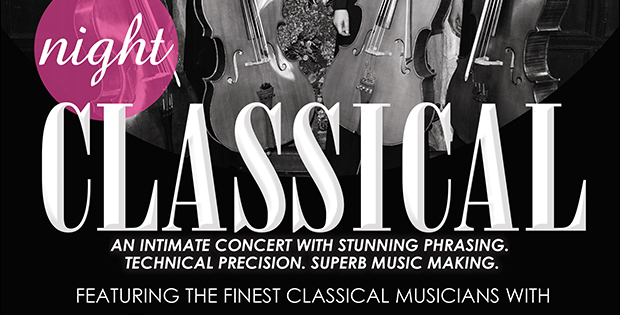 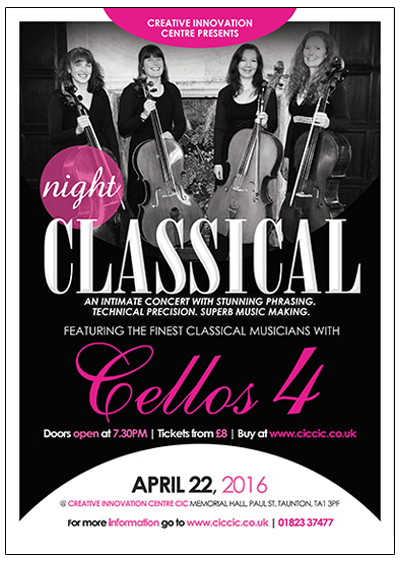 Cellos 4 are all professional cellists trained at London Music Conservatoires, and experienced in orchestral and chamber music playing in England, Scotland and Wales.
Since settling in Devon with their growing families they have had numerous engagements with groups such as The Ten Tors Orchestra, The Bach Society, The Divertimento Orchestra, Taunton Sinfonietta, New Devon Opera, The Clifton Quartet, Exeter Contemporary Sounds, The Four Seasons Quartet, and The Beare Trio. In addition to this they all find themselves from time to time in far flung beauty spots in deepest Devon and beyond, playing at weddings and special events.
It was during an orchestral rehearsal at Exeter Cathedral in 2011, that the idea of Cellos4 was born. Several months later, enthused by the sumptuous sound and excited by the rich repertoire, we emerged to give our debut performance at Glenorchy Church, Exmouth in October 2013. Concerts followed at the Flavel Arts Centre in Dartmouth, Classical Cafe in Cullompton, St Giles in Sidbury, Lympstone Parish Church.

Hilary Boxer trained at the Guildhall School of music, freelanced with London and Scottish orchestras and since moving to the South West, plays frequently as a professional chamber musician and orchestral player. She has founded, managed and promoted many different chamber ensembles and performances. Hilary has a busy teaching schedule in schools and at home, as well as tutoring with the Somerset Youth Orchestra. Hilary also has a broad experience of teaching curriculum music in primary and secondary schools, most recently at Heathfield Community College, Taunton. She conceived, created and continues to direct the Kentisbeare Children’s Orchestra.
Jane Greenwood studied the cello at the London College of Music with Jane Salmon and at the Guildhall School of Music with Stefan Popov. She has freelanced with a number of orchestras, including the BBC Scottish Symphony Orchestra, and the Asturias Symphony Orchestra in Spain. An experienced chamber musician, she currently shares her expertise as cellist and pianist teaching at Exeter Cathedral School and Colyton Grammar School. She is also responsible for delivering the music curriculum at Tipton St John primary school, and performs with numerous South West groups.
Jane Pirie has been playing the cello since the age of 9. She trained at the Royal Academy of Music in London, following this with teacher training at Exeter University. After a spell of teaching and cello playing back in London, Jane moved to Totnes in 1998 where she continues to live with her partner and daughter. She combines a working life of cello performance including work with the Ten Tors Orchestra, Quattro Vittra, New Devon Opera and various choral societies – all this alongside her cello and piano teaching at home and Exeter University.
Rebecca Allnatt won a music scholarship at the age of ten where she was brought up in Hertfordshire. She went on to study at the Royal College of Music. After completing a Post Graduate she began an orchestral career in London before moving to Devon where she has continued to play with many orchestras including the Ten Tors Orchestra, English Mozart Players, and Welsh National Opera. Rebecca is also in demand as a teacher, and chamber musician. She is a member of the ‘Four Seasons String Quartet’, who perform regularly throughout the region giving recitals and recording music for TV and film. She is married to a professional double bass player, and has a busy family life.