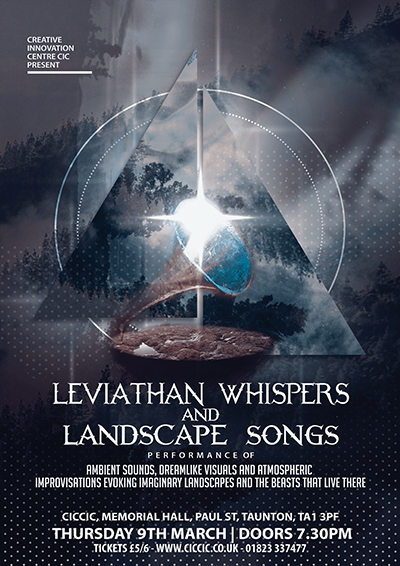 The evening has been put together by local musician Tim Hill. Michael Fairfax creates and plays beautiful sound sculptures crafted from wood and steel and Matt Saunders was in pioneering electronic misfits Magnétophone signed to legendary 4AD Records.
The evening also celebrates the launch of a CD called Siren Steel by Leviathan Whispers. The CD has been crafted by Tim out of samples of Michael’s sound sculptures, saxophone overlays and occasional digital disruptions. Originally building great horns that sounded out in the landscape, Leviathan Whispers creates sound myths conjuring secret seas, iron forests and the woods of the brain.
The evening will include sequences of visuals and sound tracks by Tim interspersed with three live sets. 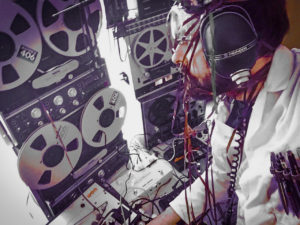 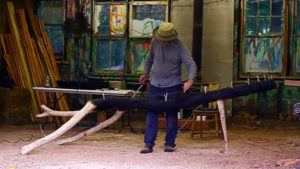 Michael Fairfax, sculptor and sound artist, first studied electronic music in the 1970’s before concentrating on sculpture. He has created site specific sculptures all over the world, most recently in the USA and Scandinavia. Since 2008 he has gone back to music and now combines his sculpture with making sound instruments that can be miked and played. For the past six years Michael has collaborated with Tim Hill and many other fine musicians exploring improvisation and noise 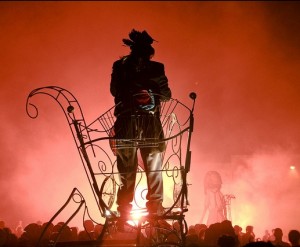 Tim Hill is a musician, band leader, composer and performer. Tim leads the street band Tongues of Fire playing at festivals all over the country and his new band Magog make their debut at Oxford’s Ashmolean Museum next march. He has made music with leading free improvisers like Derek Bailey and Evan Parker,, dub legends The Revolutionary Dub Warriors and RDF appeared in TV and film productions including the classic BBC Pride and Prejudice and creates the music for outdoor shows. His company Rag and Bone breathe new life into outdoor theatre and processional traditions, telling stories, building giants, great beasts and dream machines and creating elemental performances.
“Muscular, well developed playing… somewhere between Johnny Hodges and Dudu Pukwana” – Phillip Clarke, The Wire