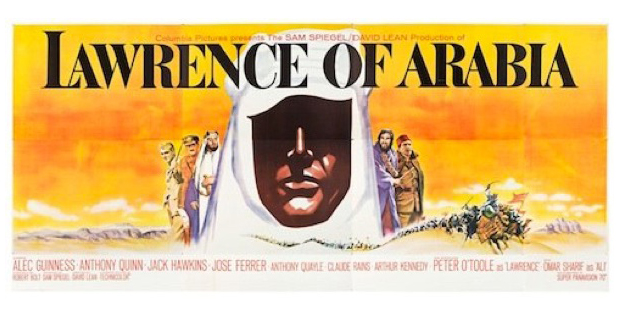 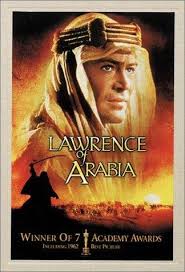 Neighbourhood Cinema movie night at CICCIC with winner of 7 Academy Awards film ‘Lawrence of Arabia’. Certificate: PG. Screening at 7.30pm with doors open from 6.30pm.
This amazing film depicts Lawrence’s experiences in the Arabian Peninsula during World War I, in particular his attacks on Aqaba and Damascus and his involvement in the Arab National Council. Its themes include Lawrence’s emotional struggles with the personal violence inherent in war, his own identity, and his divided allegiance between his native Britain and its army and his newfound comrades within the Arabian desert tribes.
This film has also been chosen for screening in November as its the same week as WW1 Commemorations 2015 and an exhibition of CICCIC’s WW1 project.