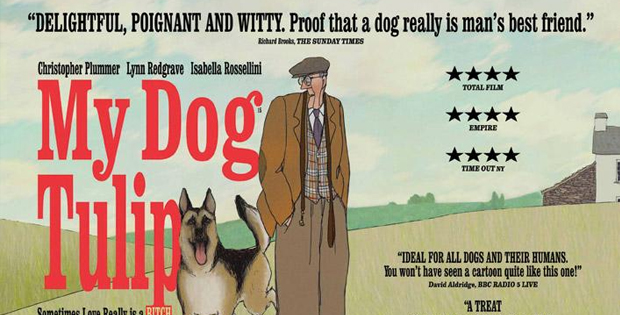 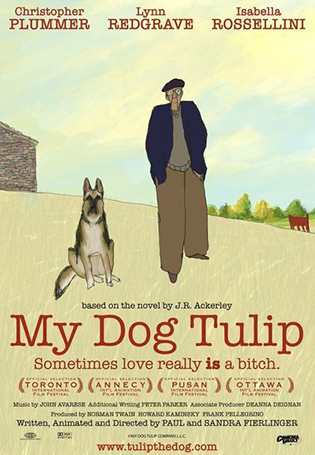 My Dog Tulip is an American independent animated feature film based on the 1956 memoir of the same name by J. R. Ackerley, BBC editor, novelist and memoirist. The film tells the story of Ackerley’s fifteen-year relationship with his Alsatian dog (German Shepherd) Queenie, who had been renamed Tulip for the book. The film – geared toward an adult audience – was adapted, directed and animated by Paul Fierlinger with backgrounds and characters painted by his wife, Sandra Fierlinger.
Christopher Plummer narrated Ackerley’s voice, Isabella Rossellini provided the voice of the veterinarian, and Lynn Redgrave provided the voice (in her last film performance) of Ackerley’s sister Nancy.
The film premiered at the Annecy International Animated Film Festival on June 10, 2009 and received Honourable Mention for Best Animated Film at the 2009 Ottawa International Animation Festival.