Film show to be held at Poundisford Lodge –  “Whistle Down the Wind” film starts at 7:00pm. Doors open at 6pm.
“Whistle Down the Wind” is a classic crime/drama film, and it is based on the 1959 novel of the same name by Mary Hayley Bell and stars her daughter, Hayley Mills. The film itself was produced in 1961 by Richard Attenborough and directed by Bryan Forbes. 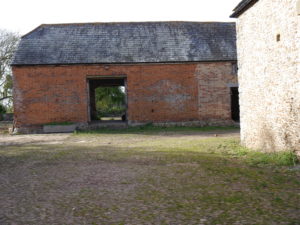 After a confusing exchange with a strange man they find hiding in their family barn, Kathy Bostock and her young siblings, influenced by religious upbringing,  jump to the conclusion that the man – in reality an escaped killer – is none other than Jesus Christ. Excitement erupts as word spreads among the children in their small farming community in northwest England. Adult scepticism abounds, until their father catches wind of the tale and begins to investigate.

Seating at Poundisford Lodge is provided within a picturesque barn at the Poundisford Estate and there will be a bar on site. (TA3 7AE)