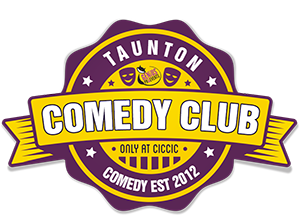 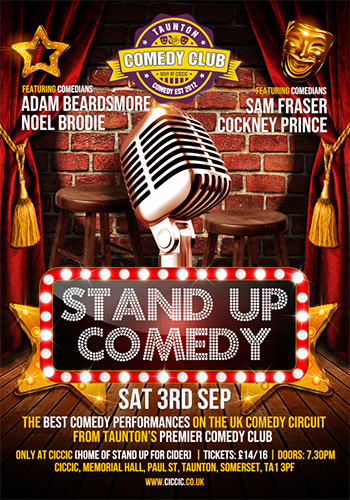 “Loves engaging with the audience, oozing confidence and best of all very very funny” – Comedy Junction 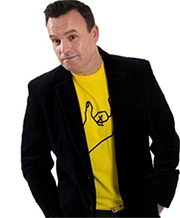 Devon based, top quality and very funny! Noel is one of the busiest and most popular comics on the circuit. He seems to effortlessly bridge that old age gap between ‘mainstream’ and ‘alternative’ with a blend of observational and off the cuff improvisational material, plus some intelligent parodies.

His warmth on stage, quick wit and impeccable delivery make him a very popular act and a real treat to have him at Taunton Comedy Club. 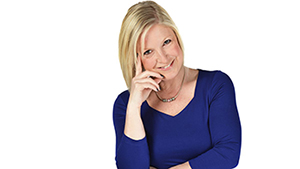 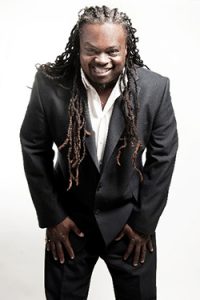 Our headliner is the incredible Quincy Cockney Prince and award-winning comedian and a huge personality – he’s a stand-up, presenter, writer, actor and host with appearances on Comedy Central’s Comedy Blue, MTV’s Comedy Funhouse, and BBC Radio 4 Extra’s Comedy On The Boat. His live comedy work regularly takes him as far afield as Dubai, Mumbai and Singapore. He has supported the likes of an early Kevin Heart, Chris Rock, Dave Chappelle & other top comics from the USA.

“An act to watch out for.” TIME OUT