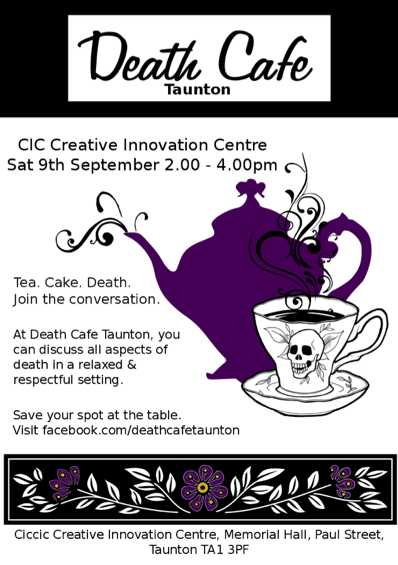 he Reaper – Join the Conversation at Death Cafe Taunton!
By Nicole Stanfield Caile
Autumn is soon upon us, and with it another meeting of Death Cafe Taunton at the CIC, on
Saturday, 9 September, 2-4 PM. Here, you can expect an open and respectful conversation
about death, with delicious cake and hot drinks to enjoy. Wallace Stuart Funeral Directors and
other industry professionals will be there to facilitate discussion. We look forward to welcoming
familiar faces as well as new ones. And if you are new to the whole Death Cafe scene, you
might be wondering what Death Cafe Taunton is all about.
Death Cafe is a global movement, a social franchise started in Europe. I began Death Cafe
Taunton after the death of my estranged father, and after realising there was no regular Death
Cafe meeting in the town of Taunton. I want to break the stigma a bit, and make people
comfortable about the idea, in the hopes that people might discuss death with their families and
loved ones, and make plans. The first Death Cafe Taunton meeting at CIC was a success, well-
attended and with very positive and meaningful conversation.
My dad could have used Death Cafe. He made no plans whatsoever and never communicated
his wishes to us. Therefore when it came time to make tough decisions about palliative care and
then funeral plans, we were devastated. It was a traumatic and frustrating time, trying to figure
out what he would have wanted. If he had made plans, or even just mentioned it once, it would
have saved a lot of guesswork.
One may object: “Why bother talking about death? It’s going to happen anyway and I won’t care
once I’m dead.” While this statement may be true, it neglects the people who have to do the
hard work after you’re gone: your children, or family, or friends. Talking about death — and
planning for it — is your final gift to them.
Death Cafe Taunton at the Creative Innovation Centre, Taunton, 9 Sept. 2017, 2-4 PM 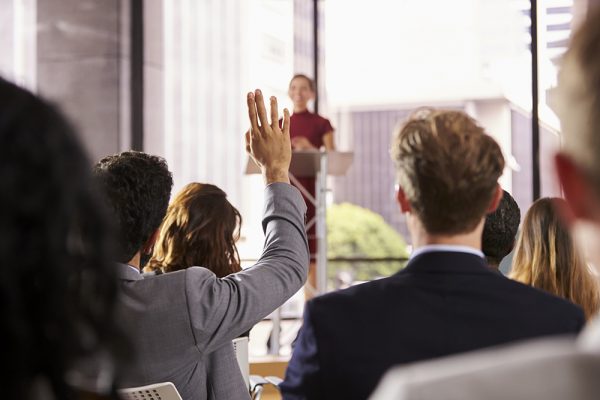 Do you know a subject that you can lecture or talk about?
Johnny Mars a Musical Journey – Tues 31st Jan