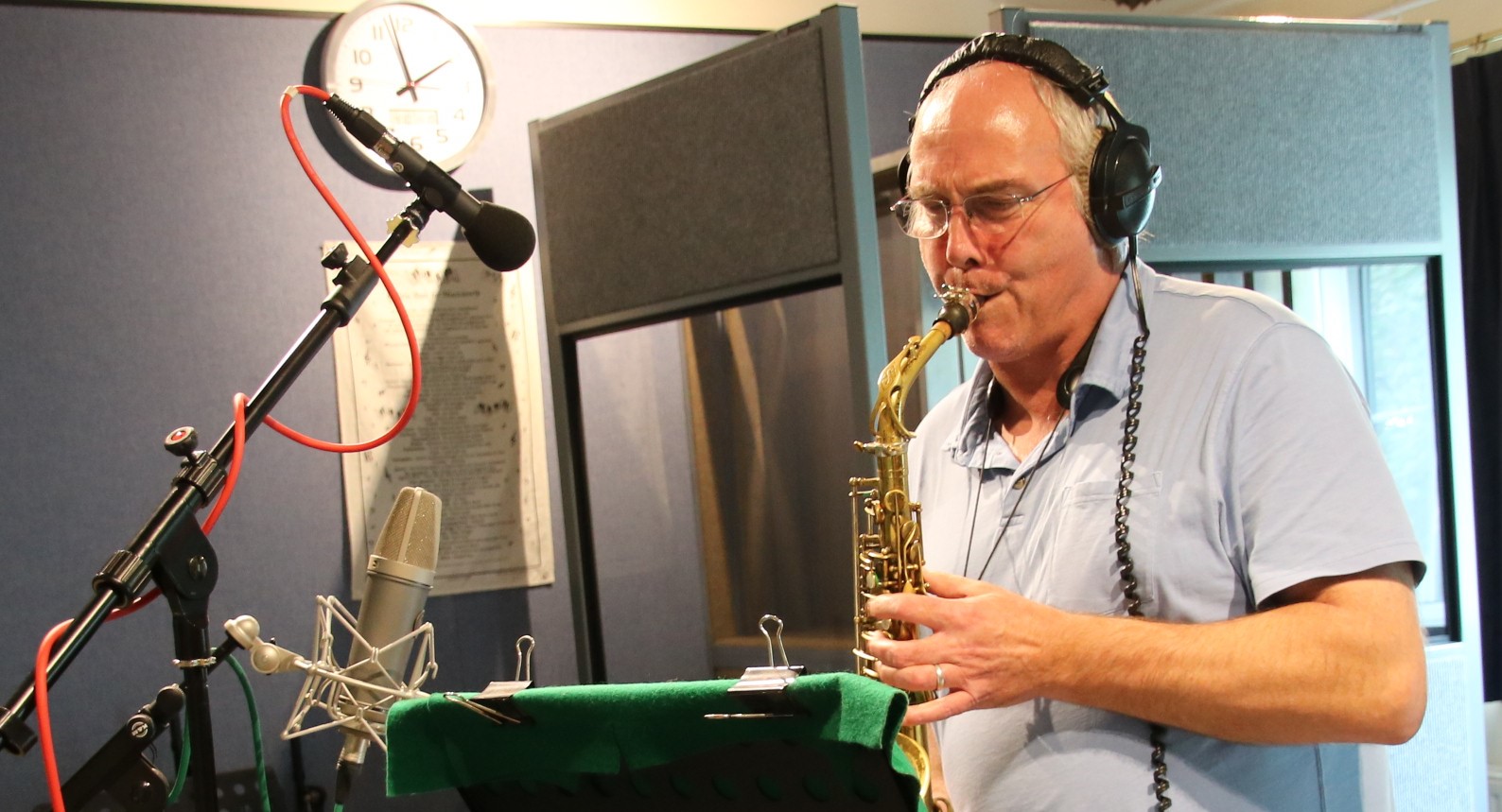 Expect straight-ahead jazz – 1950s/60s style and beyond – whether it’s hard bop from fantastic Blue Note artists such as Sonny Clark and Hank Mobley, carefully arranged standards from the great American songbook or Duncan’s original compositions. The aim is always to present a varied programme of well-arranged highly accessible material with good grooves and lively soloing.
With Duncan at CICCIC on 8th February will be Richard Jenkins (piano), Adrian Smith (bass) and Greg White (drums), with the majority of the material taken from his two CDs ‘Travelling to Paris’ and ‘The Phantom’, both of which will be available at the gig.

Alto player Duncan Anselm gigged extensively around the South West in the 1980s and 90s leading his own band, as a guest soloist and in Mingus Fingers and Jazz Funktion. Particular highlights include several appearances at Swanage Jazz Festival, a gig with Harry Beckett, and broadcasts on Radio 2 (‘Jazz Parade’ introduced by Charles Fox) and HTV (‘At the Albert’ introduced by Miles Kington).
More recently, Duncan played a sold-out gig with leading guitarist Nigel Price at The Marine Theatre in Lyme Regis, and his two CDs, both of which are on the Bopcentric Music label, feature fantastic quintets of London musicians Nat Steele (vibes), Nick Tomalin (piano), Dominic Howles (bass), Matt Home (drums), Dave Warren (guitar) and Matt Fishwick (drums).