Using the old working ethic of playing live as much as possible, Hip Route make full use of Weissenborn, lap slide, acoustic and electric guitars, drums and bass to create a bigger sound than you’d think.So far Hip Route have shared a stage with Jason Mraz, Ben Howard, Newton Faulkner, The Hoosiers, Alabama 3, Them Is Me, StringerBessant, Ben 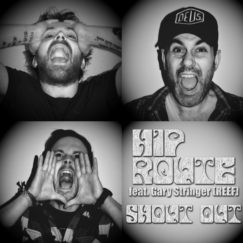 Ottewell, Toploader, James Morrison, Watermelon Slim, Martin Harley Band and Rurrari Joseph among others.
The band have recorded and independently released 3 albums so far which are available in CD format at gigs and also digitally at online outlets
‘Hip Route have a universal sound that appeals to all lovers of real music’ – Blues Matters Magazine