Tickets £9 on line – Door price £10  Doors open 7.30pm Band on at 8pm
( concessions £8 – student/unwaged )
What do we play? Ska, Reggae, Funk, Soul and Rock n Roll. We love the big dubby numbers by artists such as Black Uhuru, as well as the lighter Ska songs by Prince Buster, Toots and the Maytels as well as Amy Winehouse and Superheavy. 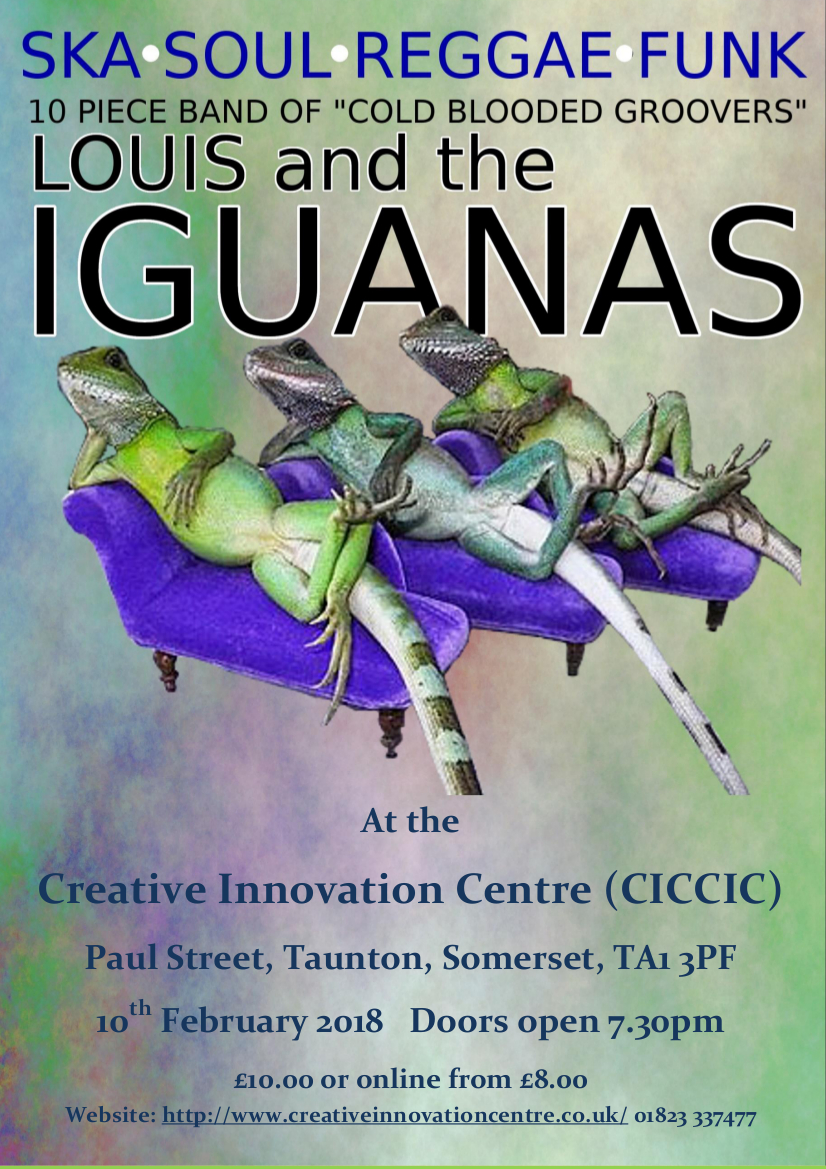 playing!
At Mama Stone’s in Exeter we played straight through for over two hours non-stop!
We play numbers such as Brickhouse, Shine, 54-46, Just Say Nothing, To the Top and One Step Beyond..
We reach out into our soul repertoire with Play That Funky Music, Long Train Running, and get rockin’ with numbers such as Treat her Right, Mustang Sally, Average Man and Take me to the River.
We are a nine to ten-piece band with a soaring lead guitar, and sizzling horn section. We have our own professional lighting rig, engineer and sound system

We dare you not to dance!