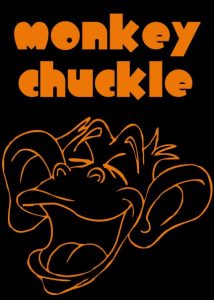 Tickets £8 online – £10 on the door
Cons £5 – students/unwaged/income support
Over the last few years Monkey Chuckle have performed their explosive brand of funk to thousands of people across the UK, from the local pubs and clubs of their home town of Bristol to the stages of some of the best festivals. Whether performing at Craig Charles’ Funk and Soul Show, or alongside the likes of The Apples and The Haggis Horns, this deep-groovin’ outfit always gets people up on their feet.

Formed in 2009, the band emerged on the live music scene by putting their own takes on tunes by the likes of the JBs, Deodato & Kool and The Gang. They soon began to produce their own material and forged their distinctive brass heavy funk sound, combining hip-hop, afro and latin styles where the focus is always on a highly danceable groove.
Up front the band is led by a dynamic, fleet footed three-piece brass section backed up by a super tight rhythm section.
http://www.monkeychuckle.co.uk/