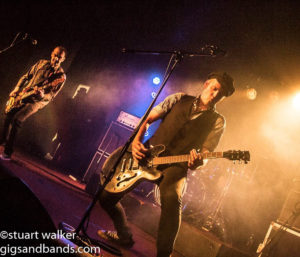 “Bournemouth power trio The Electric Shakes accelerate into view with a debut set that manages to spread considerable variety across it’s six tracks. Appropriately titled opener ‘Go’ lays down a broad précis of what to expect; twisting and stomping at the heavier end of the garage rock spectrum, it swaggers with gritty glam confidence that is supported by an accomplished delivery. ‘Get Loose’ and ‘Lightspeed Mother’ indicate effective tendencies toward full-throttle bangers, with the former being reminiscent of early Saints, while the latter searches and destroys like post -reformation Stooges. The Shakes are at their most kinetic when combining their influences in alchemic ways. This is exemplified by standout track Daddy’s Girl’ an unholy fusion of rock, garage and psychedelia that benefits from some adept harmonies and convincing vocals. It provides a whopping great signpost to where the group’s strength’s a located.” – Vive Le Rock Magazine 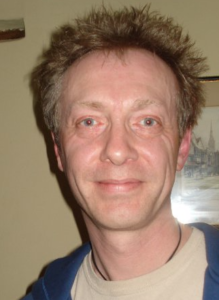 From way up the M5 from Bristol we have DJ Steve Cube, a former resident of this parish no less, bringing with him a bag crammed full of SurfGaragePunk Vinyl platters to blow your minds!