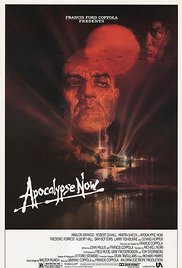 A magnificent war epic whose making was also made into a film, Francis Ford Coppola directed this seminal Vietnam war movie whose story was based on Joseph Conrad’s book, Heart of Darkness.
Story
Vietnam, 1969. Burnt out Special Forces officer Captain Willard is sent into the jungle with top-secret orders to find and kill renegade Colonel Kurtz who has set up his own army within the jungle. As Willard descends into the jungle, he is slowly over taken by the jungle’s mesmerizing powers and battles the insanity which surrounds him. His boat crew succumbs to drugs and is slowly killed off one by one. As Willard continues his journey he becomes more and more like the man he was sent to kill.