A charity fundraiser for TAH (Taunton Association for the Homeless) with The Recovering Satellites and support band Kezia.
Tickets at £9/8 online. £10/9 on the door.
Doors 7.30pm. Start 8pm
The 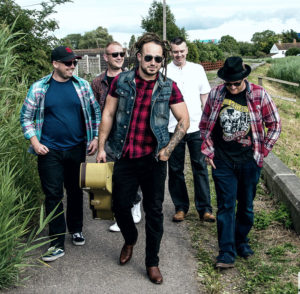 five piece Recovering Satellites band burst onto the scene in summer 2016 delivering a new and exciting UK Country Rock sound from the heart of England’s West Country, in the County of Somerset.
A love of American Country, Folk and Americana with a blend of British rock/Pop influences is evident in the sound they have crafted; soulful lyrics sit alongside carefully picked guitar and lilting pedal steel chords that at once root the band in their South-West home whilst conjuring an unmistakable stateside sound.

The band has recently been working hard writing and recording new material as well as performing at local gigs and festival dates. Recovering Satellites are an ambitious high energy band that loves nothing more than putting on a show. They are here to stay and intend to take the UK country scene to the next level.
Our video “Brown River ” has had over 8.5k  views on Facebook in the first 5 days” 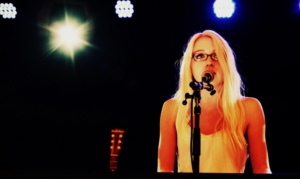 yric based songs with simple, thoughtful melodies based around the piano and guitar. Growing up in an old, ex-mining town in Cornwall, she has always been aware of a shadow of something lost which fixes the place with a certain melancholy that infiltrates the way she sings and plays. Kezia prefers to write about average people with average lives and problems in a way that is imaginative but accessible. Drifting between Folk and Blues by the way of Country (with an English accent), Kezia hopes people find her music enjoyable and sincere.
http://keziaofficial.co.uk/