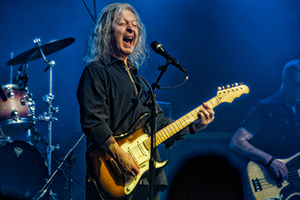 John Verity is the man and musician who is ‘blue to his soul’ and one of the most consistent performers on the blues rock circuit for many years. Opening for Jimi Hendrix, Janis Joplin and others in the US then taking a somewhat different direction with his time as frontman with Argent. After time spent primarily in the studio recording and guesting with, among others, Ringo Starr, The Zombies and Saxon, John is now back on the road with his own band and experiencing a musical renaissance. 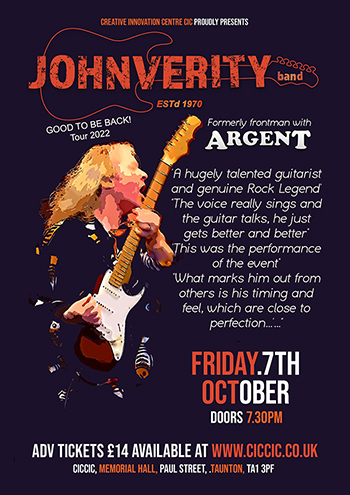 At the beginning of 2020 John and the band with Roger Inniss on bass and Liam James Gray on drums, embarked on ‘The JV 50th Anniversary Tour and launched the latest album ‘Passion’. Unfortunately this all came to a halt in March of the same year due to lockdown but now we have re-organised his appearance at CICCIC with his Good to Be Back Tour 2022!