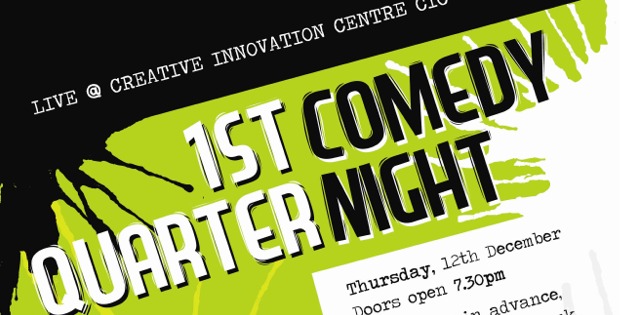 Join us for a barrel of laughs with our first of many comedy nights. The bar will be open, the humour racing wild and atmosphere a complete bundle of fun and laughter.
Thursday December 12th – Doors open at 7.30pm. £8 per ticket in advance or £12 on the door.  Book online below. Limited ticket numbers. Book early to avoid disappointment.

“next-generation Lucy Porter” – Chortle
She has a quirky, Somerset spin on the world and is happy to relax with the audience and take any subject from a frank discussion of her struggles with IBS to the televisual preferences of sleeping bags. Yes, sleeping bags. Laura Lexx built up her initial stage confidence as part of an improvised comedy troupe, leaving her with the skill and confidence to build up a quick rapport with the audience as a compère.

Neil McFarlane has been performing on the Scottish comedy circuit for four years, and people are now quite regularly paying him to do so. Otherwise he refuses to vacate the stage. Lately he’s also been gigging in the north of England, inspiring widespread panic. He writes all his own stuff (as far as he knows), has never considered dyeing his hair or changing his name, and is still wondering what happened to Level 42. 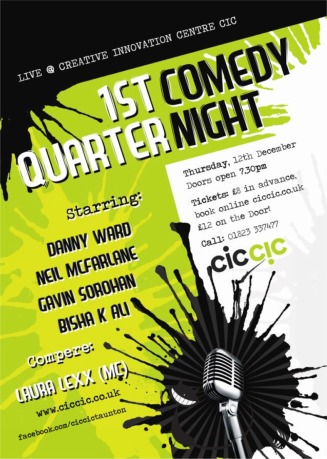 Relentlessly and unspeakably middle class, Neil has given up claiming in his act that he comes from Glasgow because he actually comes from Bearsden, which is a posh suburb of that city and therefore doesn’t count. He has a reasonable day job, comes from a very secure and stable background with a good education and a high standard of living, and his parents are both still alive and happily married – all of which, from the perspective of artistic integrity and creative angst, are matters of intense irritation to him.

Hailing from West London and ping-ponging between cultures has left her with no choice but to stand up and laugh about her strict & strange upbringing. A storyteller; she touches on topics including race, religion, dating and family. Bisha’s laid-back charm, along with her ability to surprise and delight audiences took her to the Final of the 2013 Funny Women Awards within a year of her first gig.

Gavin Sorohan is a rising off beat star on the comedy circuit. A kooky Irish comedian who likes to explore some dark places in comedy but always with a lilting manner.

He has gigged extensively across the UK including comedy venues such as The Glee Clubs, Jongleurs, The Highlight, Just The Tonic, Baby Blue, Komedia, the Bearcat and Downstairs At The Kings Head.
He has also performed in Northern Ireland at the Belfast Empire, as well as in Germany, Tenerife, Maastricht and Croatia.
Edinburgh:   In 2010 he performed “Danny Ward + 1” as part of the PBH Free Fringe to critical acclaim:  “If there is better stand up elsewhere for free then I want to know about it, because it really would have to be world class to top this show” (Three Weeks, 4 stars, Edinburgh Festival Aug 2010)
Press: “Danny Ward clicked with the capacity crowd immediately and his brilliantly-timed, slightly manic approach was bolstered by some really tight, strong material.  His often hilarious riffs on everyday shopping at discount stores created a thread that worked brilliantly throughout, with a killer ending”.  (Bournemouth Echo, Oct 2010)
“It was the night’s headliner Danny Ward who stole the show….he had those of us who have ever experienced the joys of a pop up tent in tears…and finished the show off on a real high”.
‘A Taunton Comedy Festival Production’.
Disclaimer: ‘Please note – that while we make every effort to keep this up to date, shows can change without notice due to unforeseen circumstances and commitments of artists’.
[SINGLEEVENT single_event_id=”booking-for-1st-quarter-comedy-night-1-5284dae05de79″](Exeter Gazette, March 2012) 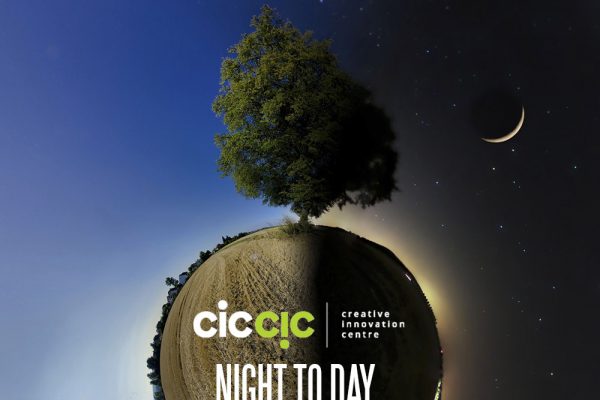