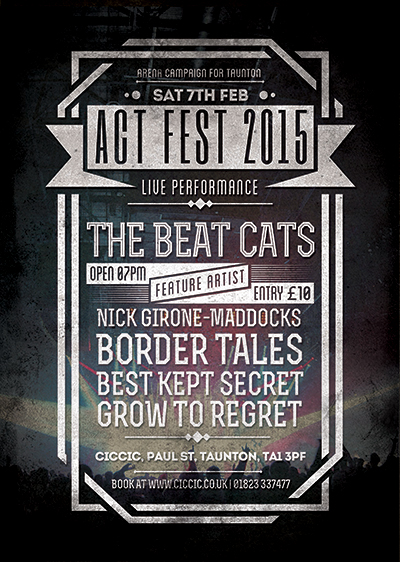 Sat 7th Feb 7-11pm. Tickets £10 to help raise money for ACT (Arena Campaign for Taunton).
Join us for an amazing night of 5 talented bands and musicians in the amazing atmosphere of Creative Innovation Centre (CICCIC). We are pleased to have:

The Beat Cats are a traditional Rock n Roll band from the heart of Somerset, playing classic hits and some hidden gems from the 1950’s and 60’s; but with a modern twist. Fronting the band is young married couple Simon and Kern Champion, who are a powerhouse of energy; their performance is raw and fresh and brings Rock n Roll straight into the modern day. On Lead Guitar’ ‘Bad Cat’ Andy Badman is an accomplished guitarist in many musical styles which adds texture and dynamics to ‘The Beat Cats’ sound.
‘ 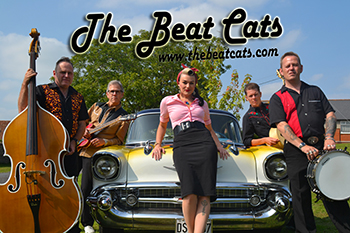 Rhythm Cat’ John Godfrey has years of experience as a Rockabilly drummer and drives the slick and pounding rhythm that gets toes tapping and people jiving, bopping and strolling on the dancefloor. And with a passion for pure rock n roll, ‘Boom Boom Cat’ Gerry Dawson completes the line up with bass guitar and an instrument no vintage band should be without…a huge double slap Bass!
If you think of Eddie, Buddy, Gene, Elvis, Chuck, Carl etc. add a chunk of Setzer/Stray Cats and top it all off with a dollop of Imelda May; you have the cream of Rock n Roll these Cats love! 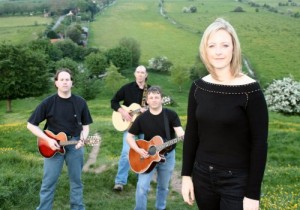 Formed in 2003, Best Kept Secret may be Somerset’s finest acoustic covers band and play a wide range of popular music from the 1960’s to present day.
From the very start, our vision was to form a band that could deliver a great evening’s entertainment of well-known songs that an audience could sing along with, but without being so loud that it was impossible to hold a conversation, or to order a round of drinks. We also planned to deliver some songs that you wouldn’t expect an acoustic band to tackle.
Over the last eleven years Best Kept Secret have played a diverse range of gigs from intimate dining events where we used almost no amplification, to large indoor and outdoor events with hundreds of spectators. Using acoustic instruments, vocal harmonies, some hand held percussion and a loop pedal, our music can be laid back & relaxed, but also have plenty of energy to keep an audience singing along all night.
When you go to a Best Kept Secret gig, their vast collection of instruments, tight vocal harmonies, and some unlikely musical arrangements will make it a night to remember. 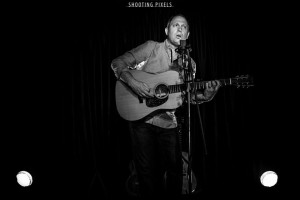 Local song-smith Nick Girone-Maddocks has two problems on his hands. The first is that no-one can either pronounce or spell his name right; a terrible problem for anyone trying to promote themselves. The other problem is that he just can’t sit still – one minute he’s a blues-rocker, the next a UK bluegrass ‘pioneer’ (check his current status at www.thunderbridgebluegrass.uk). But one thing that has remained constant in Nick’s musical life is his ability to return to a solo acoustic show without missing a beat, as if he’s just come off the road on a 30-date solo tour. “It’s the one thing that I don’t feel the need to practice” said Nick, “I come away from any band work I’m doing and seem to fit easily into my own solo thing”.
He’s been playing solo for many a year, releasing 4 albums of original, often Americana and Country-tinged material to great reviews. Acoustic Magazine gave his 2004 debut ‘Friday Night Star’ 5 stars, stating it was “a super debut from this talented singer / songwriter”. Since then his work has been reviewed by many music mags, online forums and, the best litmus-paper of all, other songwriters. Two of Nick’s songwriting heroes have both chipped in over recent years, Slaid Cleaves and Bap Kennedy both giving the thumbs-up.
In recent months Nick has reformed the legendary Thunderbridge Bluegrass Boys where his bluegrass writing will again be showcased, helped along by some excellent musicianship from his band mates. Because he’s busy with that, an N G-M solo show is a rare occurrence these days, so it enjoy it while you can. And remember, “it’s Jir-own-nee”. 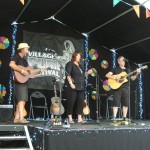 Border Tales are a trio who play a selection of traditional, contemporary and self penned songs with an emphasis on three part harmony vocals. Members are Jane Newton-Yeo, Paul Ewings & Trev Lloyd. 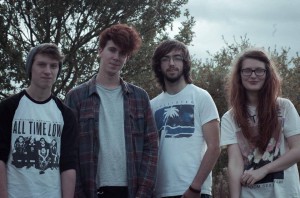 Grow To Regret are a newly established band from the South West. Forging elements of classic pop-punk with modern rock and post-hardcore, they have developed a fresh and current brand of pop-infused alternative music.
With gigs booked into 2015, the band are currently working on the writing and recording of their debut EP, with the aim of a release in early 2015.
[SINGLEEVENT single_event_id=”book-tickets-for-act-fest-1-547d6f0f07bd0″]