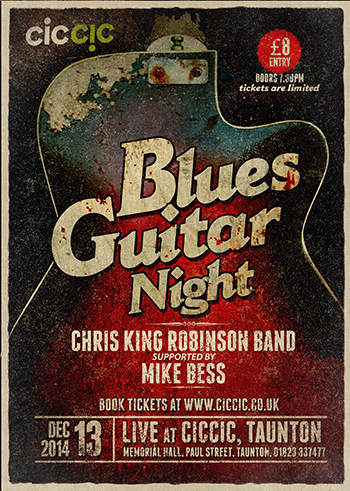 This amazing line-up of blues guitarist, musicians, songwriters and singers bring the whole spectrum of the blues guitar and blue music to life in Taunton on Saturday Dec 13th and an excellent price for hearing from 2 up coming and well-seasoned bands/artists from a range of blues genres. 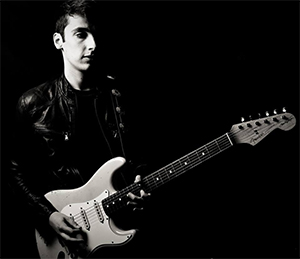 In 2012, Chris was chosen as one of the top undiscovered guitarists in the world. Chris was given the accolade by acclaimed international music producer and photographer Robert Knight who, in partnership with leading guitar manufacturer Fender, flew around the world looking for new talent. Mr Knight is creating a platform to promote young artists and is currently searching the globe to find the best as yet undiscovered guitarists. He came across Chris by viewing clips via YouTube. After flying to the UK to meet Chris, he filmed footage of the youngster playing in John Henry’s rehearsal studios in London.
​In 2013, Chris’ online popularity started to soar, leading him to become Twitter’s most followed blues guitarist worldwide, along with gaining millions of hits on YouTube. Chris released his first single on the 20th November, entitled ‘Lipstick On Her Cigar’. The single hit No.1 on the iTunes & Amazon Blues charts after just one day of sales. In 2014, Huge demand led to Chris starting his own 4-piece band featuring: *Chris King Robinson – Guitar/Lead Vocals *Tom Relihan – Drums *Nigel Turner – Bass *Zac Wood – Keys
Here is a taster: 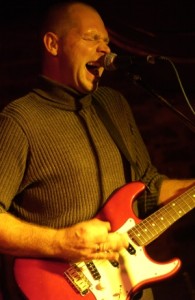 Mike Bess is a Somerset based singer, songwriter and musician and has an amazing gravely blues voice.
“The Blues has always been at the centre of everything I’ve played as a guitarist/singer. Being influenced by the British & American blues guitarists, both new and old, I was fortunate to play in some great bands in South Africa, but it was only when many of my band mates encouraged me to sing more that I discovered the tone in my voice worked well with the blues I loved and felt closest too as a musician.
My most successful band line-up then followed after this, namely “Blues.com”. This was a three piece band and we played at most of the top venues around Johannesburg and many other venues in South Africa. Now with England being my new home, my music has also evolved into what I believe to be unique and original for the blues.
Preferring the use of the acoustic guitar, I have discovered that it doesn’t limit the ability to create electric guitar type solo lines, in fact I’m finding the unique sounds I am able to get from the electro/acoustic as well as the tasteful use of the loop pedal, brings the best of both acoustic and electric blues together as one. Having a selection of blues originals from my two full length recorded albums as well as some new, yet to be recorded blues songs to choose from, I am excited to be presenting my own blend of the blues to my audience at CICCIC on the 13th of December in opening for Chris King Robinson and his band”.
[SINGLEEVENT single_event_id=”book-tickets-for-blues-guitar-night-1-54461d46c8c26″]