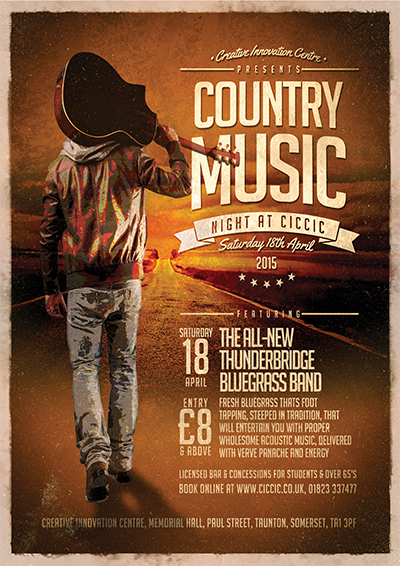 To continue our programme and love of all forms of country music is The All-New Thunderbridge Bluegrass Band from Wellington performing in the beautiful candle lit Memorial Hall at CICCIC.
This amazing band of talented songwriters, musicians and singers bring the whole country music scene to life in Taunton on Saturday 18th April.

Local bluegrass heroes Thunderbridge Bluegrass Band have made a tremendous return to the live circuit, re-inventing themselves with some new members after a two-year hiatus.
Sat 18th April sees them play at CICCIC where they return to Taunton for the first time in more than two years. 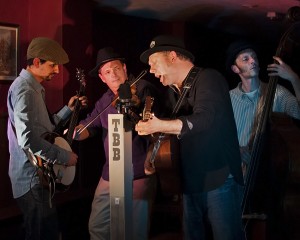 With a new line up including banjo, fiddle, guitar and double bass (not to mention the traditional vocal harmonies), Thunderbridge’s single-microphone performance has often been stated as world class and as authentic as anything from the U.S.A!
Traditional bluegrass? Not exactly. But it’s guaranteed to get your foot tapping. Four guys, steeped in tradition, playing their collective heart out to entertain you with proper wholesome acoustic music, delivered with verve panache and energy.
The All-New Thunderbridge Bluegrass Band often have sell out gigs so book early to avoid disappointment.