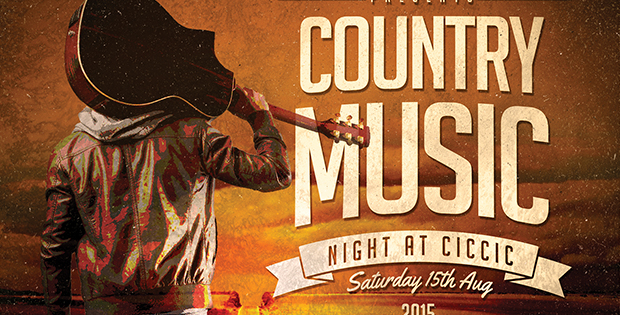 This amazing line-up of country music songwriters, musicians, bands and singers bring the whole country music scene to life in Taunton on Saturday 15th August, and an excellent price for hearing from 3 well-seasoned and professional artists.
We are very excited to have: 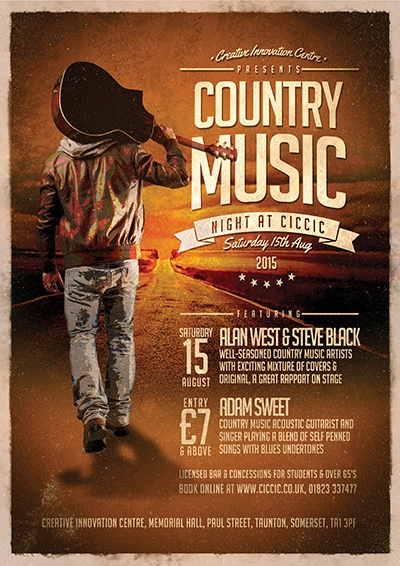 They say that, “some things are meant to be”! Nothing could be truer about the coming together of two extraordinary talents that are Alan West and Steve Black. With over 50 years of professional performing between them, they discovered that their unique combination puts a refreshing slant on Country music.
Alan West, for many years, has been regarded as having one of the greatest voices to come out of the UK. His emotional, yet informative way of singing a story, has moved many an audience all over the world, and it isn’t by accident that Alan’s CD’s “Songs from a Neophyte”, “The Way of The World” and “the way it is” feature a host of great musicians of the genre.
Alan’s collaboration with Steve Black began about 5 years ago when they were both performing in separate duo’s and would occasionally “fill in” for one another. Alan instantly acknowledged the potential in Steve’s songwriting ability and soon included some of his songs in his live set.
Steve’s background lies in theatre, television and radio although he has performed over 5000 live gigs all over the world. He has written for many top comedians and has had numerous plays and Rock musicals performed all around the UK including London. Steve’s last CD received a lot of airplay and his latest offering “All the best” is set to follow the same pattern. He is becoming one of the UK’s leading songwriters and his style fits perfectly with Alan’s unique way of singing and the combination is very potent.
Recently both Steve and Alan found themselves pursuing solo careers and decided it would be “ no bad thing” to get together and “see what happens”. And by adding to this the incredible acoustic guitar talent that is Adam Sweet, what happens is this. An exciting mixture of songs, both covers and original, a great rapport on stage between themselves and the audience and live performances that are honest, instant, inventive, adaptive and fun! 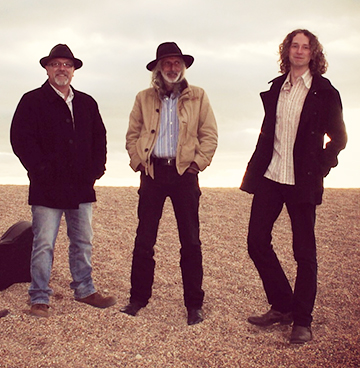 Adam first picked up a guitar aged 7 and honed his craft performing in bands for over a decade and then set to work carving out a solo career.
In 2012 Adam joined independent East Devon label NEO Music, and his career soon started gathering momentum. He released a live EP ‘I Work Alone’ as an honest account of Adam’s set at the NEO Music launch show, made his first festival appearances, completed a small tour of Scotland, and was nominated for Best Blues Act in the South West Music Awards; all whilst performing countless shows across the South West of England to build up his stamina and stage craft. He also began co-writing new material with award winning stalwart singer/songwriter Steve Black.
2013 saw this momentum continue, and now with the material behind him Adam went in to the studio with producer Alan West to record his debut album. With Adam’s acoustic guitar providing the foundation they built the album from their Devon studio, calling on Alan’s long time friend and Nashville based producer Thomm Jutz to add a little extra magic in the form of some of Music City’s finest session players. Adam’s debut album ‘Small Town Thinking’ was released at the end of that year, and throughout 2014 steadily gathered critical acclaim in the music press and received national and international radio play. Adam was featured in Classic Rock’s Blues Magazine as ‘One to Watch’ for 2014, and the rave reviews of the album included a full 5 star rating and ‘Album of the Month’ in Guitar Technique Magazine’s July 2014 edition, praising the album for offering a “whole new perspective on the (blues) genre”.
Adam continues to perform relentlessly with a gig schedule that increasingly takes him all over the UK, and he has opened for a diverse range of acts that include jazz virtuoso Martin Taylor and roots/rock trio Wille & the Bandits. He continues to build on his loyal following in the South West with regular gigs and residencies at venues closer to his East Devon home.
Alongside a blossoming solo career Adam fronts rock trio The Perfect Strangers, who for nearly 5 years have been steadily working the West Country venues celebrating the classic rock and blues music that first got Adam hooked on the guitar. Stints with other bands have included a spell as lead guitarist for indie rockers Sweet Black Angels where during this time they supported the likes of Alabama 3 and performed as the headline band at Noel Gallagher’s after-show parties in Cardiff and at London’s O2. More recently Adam can be found performing with Alan West and Steve Black, adding an extra dimension and an edge to their laid back Country and Americana. Appearances with Alan and Steve have included the Country2Country festival at London’s O2 in 2013 and 2014, and as resident act at the inaugural Midwinterfest in January 2015. Adam accompanied Alan West in session on Bob Harris’ BBC Radio 2 show aired in March 2014, and his guitar work featured on Alan’s newly released album ‘All Things for a Reason’.