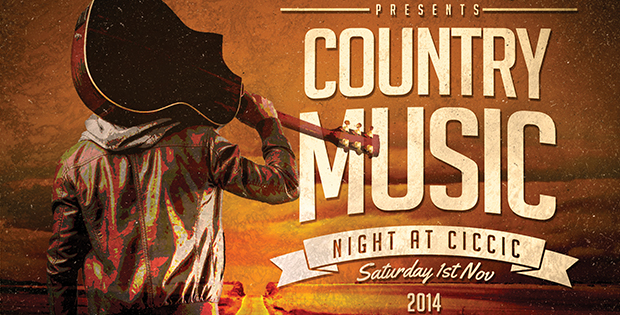 This amazing line-up of country music songwriters, musicians, bands and singers bring the whole country music scene to life in Taunton on Saturday 2nd November, and an excellent price for hearing from 2 well-seasoned bands.
We are very excited to have: 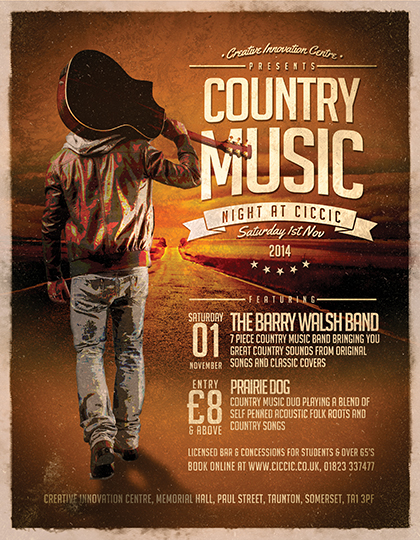 Riding on recent successes with sell out headline gigs at Bristol Colston Hall plus support slots for ‘The Move’, and ‘Fairport Convention’ , the band are currently gigging their latest album ‘Grey Heart’ . This, their fourth album release, sees a definate move in to the ‘Country’ genre, combining some old favourites such as’ Gypsy Woman’ &’ Country Roads’ with Barry Walsh originals which make you want to sing along as if you’ve heard them many times before. A fifth album is due for release in December 2014.
Barry performed as solo singer/ guitarist in the Hatchet, The Rummer, The Mauretania in the 1960’s / 70’s before embarking on songwriting. One of his songs was taken by Colin Blunstone (ex Zombies) and Bob Geldof before in 2004 obtaining a top 100 hit with Ruby Turner and the children of Wraxall school. More recently he has had a song played on Coronation Street and is enjoying local success with a stream of performances at Bristol Colston Hall, St Georges Hall , as well as a high profile pub wise including The Louisiana and The Fleece.
The band members are:

Prairie Dog are a duo based in Bristol who play and sing a blend of self penned acoustic folk roots and country songs. Using a combination of guitar and banjo the sound is both ecclectic and classic producing a distinctive style of their own. Listen to one of their songs below: