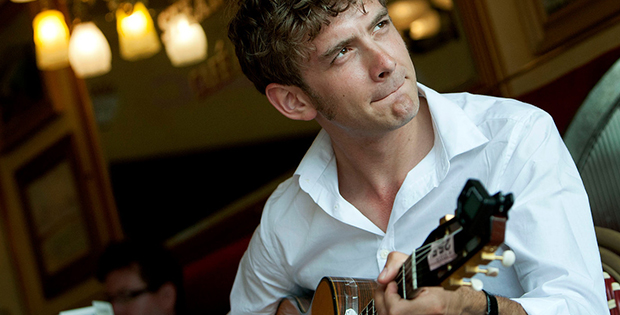 Tickets £10 online or £12 on door. Concessions for over 65/student £8 online £10 on door.
Remi Harris is an exciting young guitarist and composer, he is widely regarded as one of the UK’s Top Gypsy Jazz Guitarists and has toured the UK, Australia and France as well as performing at Buckingham Palace and Live on BBC Radio 2. 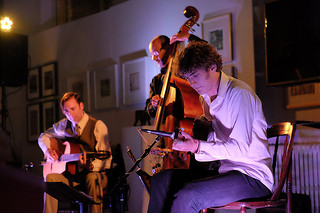 Remi Harris is regarded by many as one of the UK’s Top Up and Coming Young Jazz Guitarists and has toured the UK, Australia, France, Norway and Italy as well as performing at Buckingham Palace, Live on BBC Radio 2 and BBC Radio 3. His unique style blends elements from Gypsy Swing, Jazz, Blues, Rock, Hip Hop and World Music.
In 2014 Remi was awarded runner up in the British Jazz Awards in both the Rising Star and Guitar Category.