A visually spectacular exhibition of 4 very accomplished figurative artists showing at the Creative Innovation Centre during January.
The artists were selected for their individual take on the human form with use of line and media creating abstract elements which are both expressive of movement and subject matter within their compositions.
The following artists will be at the centre to talk about their work on each Saturday during the exhibition but please feel free to pop in anytime between Mon- Sat 9-5pm:
Mark Adkins 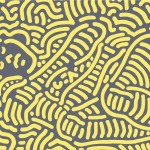 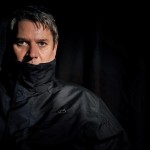 Mark studied at the London College of Printing and spent most of his career at various London advertising agencies, ‘mainly going out to
flash restaurants and drinking too much but occasionally creating TV, cinema and radio commercials, posters and press ads, etc. across a broad spectrum of FMCG clients’.
His larger paintings are currently focused on interpreting the three-dimensional form when expressed through a two dimensional composition. He’s not so interested in exactly how the brain understands what makes some marks represent a human form or in how dissimilar arrangement of marks can represent surroundings or for that matter a completely abstract setting. He’s more interested in the interplay between the two. Where does three-dimensional end and two dimensional begin? ‘Ultimately, it’s probably not just about understanding how we perceive the world around us but, through a process of artistic discovery, of understanding our self-perception and our world within’.

Some of the poses are derived from magazine tear-outs that have then been manipulated and others are from own his life studies.
The paintings seem to be falling into two camps. In one group he’s treated the overall image in a slightly more ‘popish’way, by which he means the boldness of the pose (looking directly at the viewer) making the image somewhat more direct, or perhaps even ‘Comic book’. ‘In the other, I’m trying to make the overall feel more self-contained, occasionally more recessive or contemplative.’
Jane Brossard 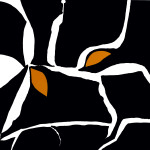 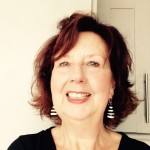 Jane Brossard has always been an art lover and is never happier than when she is visiting art galleries.  She took an art history course while she was at university and has since attended numerous practical art courses – from life drawing to colour-theory, and printing.   Most recently, she went to Somerset College to do the Art and Design Access course.  This gave her the enthusiasm, experience and determination to focus on painting and to show her own work.
Abstract artists are a major inspiration and influence, particularly De Stael’s work and the delicate balance he achieves between abstract and figurative imagery.  Jane is also inspired by the visual purity of the different forms and colour of the St Ives Abstractionists of the 50s and 60s: artists such as William Scott, Patrick Heron and the huge energetic and colourful paintings/collages of Sandra Blow.
Although most of her paintings are simplified abstracts, she does not see them as having a common stylistic theme.   Some are figurative; some are expressive and have energy and movement; and others are more decorative having forms latent in nature.  Each one has been a separate exploration.
Jason Caplan 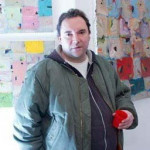 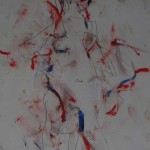 Jason Caplan was born in London, England but has lived most of his life in New York City. Jason studied at the School of the Museum of Fine Arts, Boston, and at Tufts University where he completed a Bachelor of Fine Arts degree. He went on to study in New York at the Visual Arts, Parsons School of Design and the Arts students’ league. Jason today is primarily concerned with abstraction and the figure, but began as a graffiti artist. ‘A work of Art is the sum total of the artist experience’.
Jason is also interested in marks. The marks made by Jason must therefore be compared with the marks made by graffiti artists primarily on the New York subway in the mid 1980’s.
Jason took to graffiti like a Moroccan carpet peddler takes to a naive tourist in Tangier. He became notorious in the 80’s as a founding member of the AOK Crew under the nom de graffiti HASK, even getting work and that of his crew’s published in Henry Chalfant and James Prigoff’s pivotal 1987 book Spraycan Art.  But Mr. Caplan’s foray in illegal, underground art longed to find voice above ground at the easel, trading-in spraycans for brushes after hearing one too many de Kooning stories from his earliest mentor, babysitter and close de Kooning friend Aristodimos Kaldis (b.1899-1979, instrumental lecturer, artist, activist) and from his aunt who on many occasions met-up with de Kooning, Aristodimos, Philip Pavin, Milton Resnick (lived in same building) and all the rest of ’em at their favorite watering hole on University Place. Mr. Caplan eventually went to the Museum School in Boston, graduated with honors from their fifth year Tufts-affiliated graduate program and returned to New York in earnest to begin life as painter, settling more recently in Taunton, England, where his aging father is the renowned and pioneering organic farmer Basil Caplan, and cousin of playwright Peter Schaffer.
Mr. Caplan’s approach to picture making is very much like that of the Abstract Expressionists he admires painting for painting’s sake, non-political, a-thematic, accommodating to mistakes.
Gregory de la Haba
Artist and writer from New York City.
Kena Moline 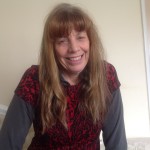 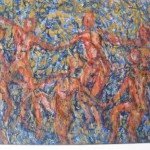 An alumna of Exeter School of Fine Art, Kena’s early work utilised textiles and fabrics to form colourful, textured wall hangings.
She currently favours mixed media to develop her fascination with the fusion of colour and structure, combining en-caustic wax with oil, pastel, ink, and acrylic on canvas.
Kena’s dynamic drawings and paintings of the human figure, in surprising but aesthetically compelling shades, are the serendipitous result of her passion for dance and movement. Indeed, much of her recent oeuvre has evolved from quick sketches and action studies made at rehearsals and productions of dance. The energy and spontaneity in her group figure compositions accurately reflect the vibrant movement of her acutely observed subjects.
She acknowledges a debt of inspiration to the styles of Degas, Matisse, and Toulouse Lautrec, together with the energetic figure work of contemporary artist, Ray Atkins.
Kena’s painting “Solstice Dance”, loosely based on the theme of “Circle Dance” by Matisse was the winner of the Somerset Society prize in 2010.
The exhibited series of four “Circle Dance” paintings in en-caustic wax represent a progression of Kena’s experiments with tone and texture. 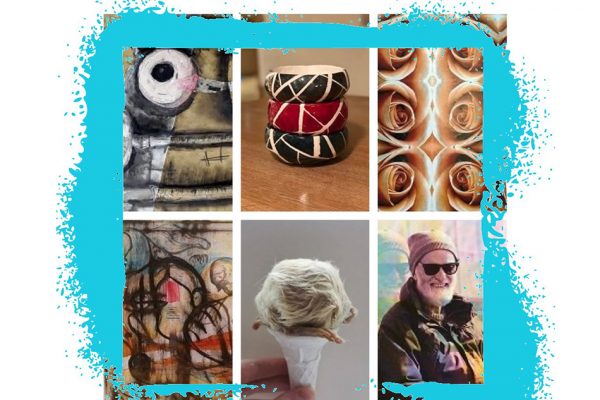