This amazing line-up of folk singers, musicians, songwriters and performers bring the whole folk music scene alive in Taunton on Saturday July 30th and an excellent price for hearing from well seasoned and emerging artists from a range of folk genres. 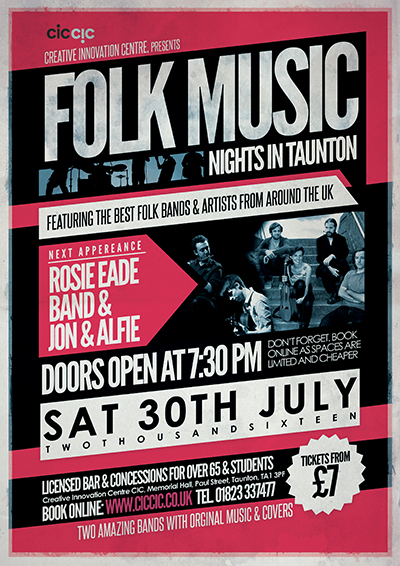 Rosie (“Folk-Pixie”) Eade Ban is a Female Fronted Folk-Rock with 3/4 size classical guitar.
Rosie plays lively and evocative life inspired songs written over a number of years gigging around the country, interspersed with carefully chosen traditional gems, all arranged around her love of folk, rock and thrashing her old nylon strung guitar.
“One of the loveliest new voices on the folk and acoustic music scene” (Village Pump Folk Club, 2013) 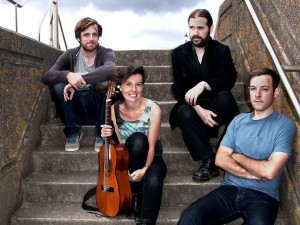 Jon & Alfie are practising multi-instrumentalist folk musicians emanating from Cornwall. They arrange both original material and traditional folk tunes from all over the world with a distinctive and unique style.

Jon’s mischievously jazzy and adventurous flute and whistle melodies sit playfully atop the darkly sparkling thrum of Alfie’s guitar and various stringed instruments. Their arrangements are rhythmically charged, at once foot-stamping and unpredictable and their sound is experimental in its subtle questioning of folk music idioms. Their performance is guaranteed to put a twitch in your face and a grin on your toes!