This amazing line-up of folk singers, musicians, songwriters and performers bring the whole folk music scene alive in Taunton on Saturday Oct 4th and an excellent price for hearing from well seasoned and emerging artists from a range of folk genres. 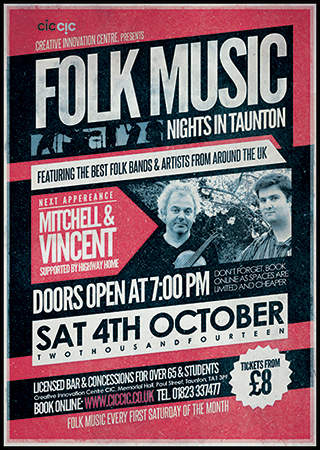 
The Maunsel House Sessions from Chestnut Productions on Vimeo.

The Highway Home bring lively, contemporary arrangements to traditional tunes of the folk/roots/Celtic variety, as well as challenging themselves with ambitious compositions and a few songs (from various centuries!) thrown into the mix. 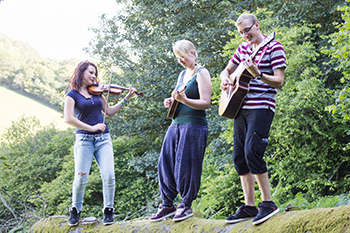 Iona has been playing violin since the tender age of 3, and has spent the last few years expanding her musical horizons, adding a professional-standard symphony orchestra to her list of projects. Having grown up on the folk music of England, Ireland and Norway, it’s fair to say she has an eclectic repertoire up her sleeve. A fan of playing at supersonic speed wherever possible, she is bringing something very exciting to the next generation of folk music.
Aislinn has spent her whole life searching for her perfect instrument, going through clarinet, flute, piano and guitar, before finally falling in love with mandolin after being lent one at Towersey Folk Festival in 2011. She now spends her time running before she can walk in all aspects of playing, and enjoys writing music so complex that no one (herself included) can play it.
Rohan has been playing guitar for more than 10 years, and has now amassed an unnecessarily large collection of instruments which is still always one short. Originally a percussionist, he now gets his kicks out of groovy riffs and throwing in the occasional bit of overdrive.

YouTube: https://www.youtube.com/user/TheHighwayHomeMusic
Facebook: https://www.facebook.com/TheHighwayHome
So be the first to enjoy the best of folk music at Taunton’s most popular venue for great music and atmosphere.
Doors open at 7.00pm with kick off around 8.00pm.