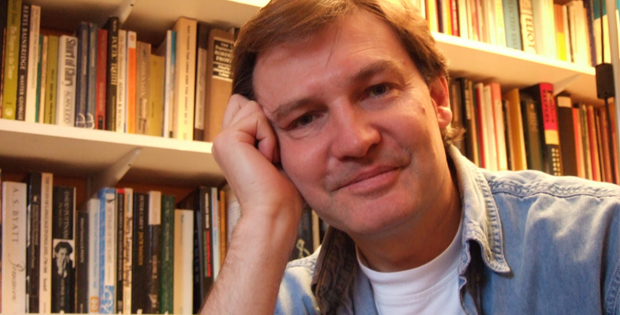 Join the Fire River Poets at CICCIC on Feb 5th to hear the internationally renowned poet Martyn Crucefix read some of his works. Plus get a chance to learn more about Fire River Poets and perhaps even get involved.

Martyn Crucefix has won numerous prizes including a major Eric Gregory award and a Hawthornden Fellowship.
He has published 5 collections of poetry, the latest, Hurt, was published by Enitharmon in 2010.
His translation of Rilke’s Duino Elegies in 2006, shortlisted for the Popescu Prize for European Poetry Translation and hailed as “unlikely to be bettered for very many years” (Magma). His new translation of Rilke’s Sonnets to Orpheus appeared in 2012.
The Time We Turned (Shearsman, 2014) has just appeared and A Hatfield Mass is forthcoming from Worple Press later in 2014.
Information on his writing, performing, awards and critical reception can be found at http://www.poetrypf.co.uk/martyncrucefixpage.html

Simply tell Fire River Poets of your attendance via their website here. Or Book below:
[SINGLEEVENT single_event_id=”internationally-renowned-poet-martyn-crucefix-reads-at-poetry-event-at-cicc”]