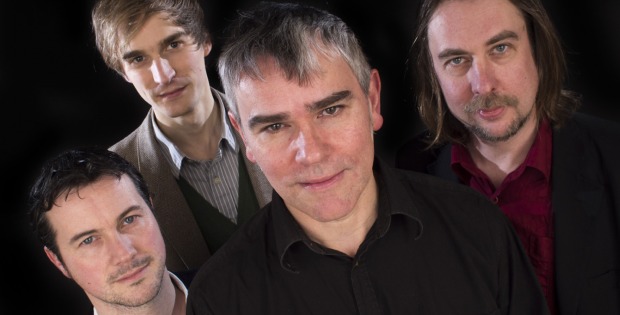 Thursday 26th June 2014. 7.30 – 10.30pm. £12 or £10 concession.
Figes’ Quartet plays his own distinctive compositions and has performed all over the UK for many years to enthusiastic audiences. Three CDs have been released (“Circular Motion” (Edition), “Tables and Chairs” and “Hometime” (Pig)) to widespread critical acclaim and airplay.
There is a striking level of empathy and interplay within the Quartet that comes from a combination of highly accomplished players, all great improviser’s in their own right, who have worked closely together for some time.
The compositions are constantly developing to produce work which is challenging and contemporary. Influences include David Binney, Dave Holland and Chris Potter but also many more spread across many musical genres. The aim is to produce personal music in a fearless and evolving way.

What the critics say:

“Figes is the real deal” Jazzwise
“This is poised, distinctive music” Jazz UK
“Its this combination of rich writing with an outstanding band that gives Figes’s solo LP such distinction” Independent on Sunday
“Figes is a gutsy but thoughtful saxophonist and a skilful composer.. Overall, a lively, absorbing and attractively varied set from a fine band that should give the evidence provided by this album, really deliver the goods live” Vortex jazz CD review
“Compelling Bristol-based altoist Figes mixes up old school bop with a contemporary attack and edgy harmony” Time Out 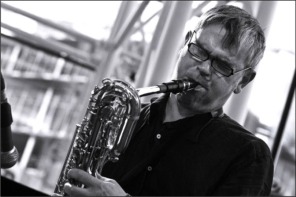 Kevin began studying saxophone with Elton Dean and later attended the Guildhall School of Music and Drama studying with Tim Garland. He composes for his own quartet which has released three CDs , “Circular Motion” (Edition), “Tables and Chairs” and “Hometime” (Pig) which received much critical acclaim. The Quartet tours the UK regularly, with help from Jazz Services, and has been broadcast several times on Radio 3.
He also writes for the 15 piece big band ‘Resonation’ which features some of the finest musicians from the west and beyond. He has a notable connection with Keith Tippett, performing in his big band “Tapestry” in Portugal and Canada and in his Octet including broadcasts on Radio 3 and a CD release on Ogun. Kevin has also performed with Dave Stapleton and recorded an album for his label (Edition). More recently he formed the band “4 Sided Triangle” which included guitarist Mike Outram , and their first CD was released on Pig records in July 2012 to excellent reviews and widespread radio play. A new Octet project will be recording soon. 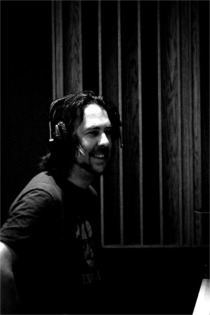 Since moving to Bristol in 1991, Jim has often been the pianist of choice to accompany many of the UK’s finest jazz musicians including Bobby Wellins, Andy Sheppard and Pete King. Somewhat a specialist in Latin piano styles, Jim played in Salsa band K’chevere for many years. Jim has played at many UK venues and festivals, including Ronnie Scott’s, The Jazz Café, Glastonbury Festival and a solo recital at St. George’s in Bristol, alongside Gwilym Simcock.
Jim’s recording work includes his own album ‘Peaks and Troughs’ (ASC Records), containing both quartet and septet original pieces. His arranging skills for larger ensemble include compositions commissioned by the Bristol Brass Consort and The Bristol Ensemble , the latter involving collaborations for the contemporary/crossover ‘Elektrostatic’ concerts at Bristol’s Colston Hall.
Recent projects include co-leading and composing for acclaimed contemporary big band ‘Resonation’ alongside Kevin Figes and bassist Jeff Spencer.
The Jim Blomfield Trio have just released a new album (“Wave Forms and Sea Changes” (Pig records)
“Jim Blomfield is a marvel” Independent on Sunday. “…seemingly limitless imagination …”Venue magazine. 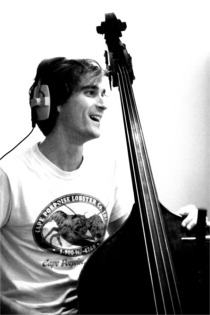 Will’s dynamic, versatile and comprehensive approach to the double bass guaranteed he has become an in-demand musician in the South West, having played with the likes of Bobby Wellins, Alan Barnes, David Newton, Tina May and Anita Wardell. His playing has taken him to venues and festivals across the UK including Brecon, Cheltenham and Oxford jazz festivals, as well as Glastonbury Festival. Recent studio work has included albums with the Andy Hague Quintet, Jake McMurchie (Get The Blessing) trio, Dom Franks’ Strayhorn, and singer Emily Wright’s Moonlight Saving Time. Will developed his skills as an arranger for the Hornstars big band, and now arranges for popular latin jazz band The Magnificent Seven. As well as running his own improvising workshops Will worked as a tutor on Nia Lynn’s songwriting summer school. Will was musical director of a big band on BBC Points West, and musical theatre work has taken him to the Theatre Royal Bath as well as London’s Soho Theatre and Arcola Theatre. 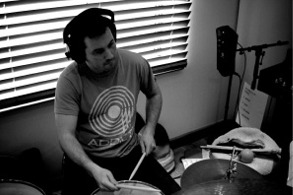 Mark is also hugely in demand and has performed many of the UK’s finest jazz musicians including Alan Barnes, Gareth Williams, Tina May, Dave Newton, Jim Mullen, Mike Outram and Chris Biscoe. He also plays in the Jim Blomfield Trio, the Nick Malcolm Quartet, Moonlight Saving Time and Jake McMurchie’s trio and has recordings coming out with each of these groups. Mark has appeared at most of the UK’s leading jazz festivals including Brecon, Cheltenham, Manchester and Swanage and also Glastonbury Festival, having received air play on BBC Radio 3 ‘Late Junction’ and Radio 6 ‘Introducing …’ programmes. As an educator, he tutors undergraduate students as a member of the drum faculty at BIMM Bristol
“Whitlam’s neatly energetic drumming … is consistently bright, inventive and responsive” (Ian Mann).