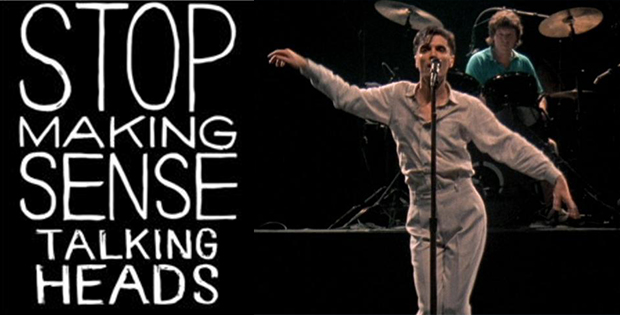 Join us anytime Sat 17th Sept Aug 7.30pm – 11pm. Come along to CICCIC and see Talking Heads live in concert on our big screen and enjoy a few drinks with friends while watching this amazing talent perform live and entry is free. 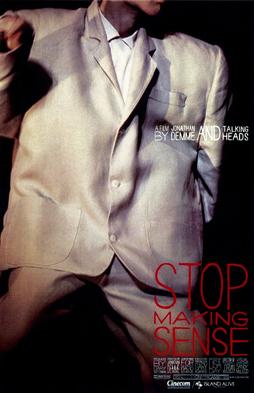 Jonathan Demme made this stunning and unique rock concert video of the Talking Heads by documenting three different shows the group performed in Hollywood at the Pantages Theater in December 1983.
Restrained while maintaining a classic sense of style, Demme gets the most out of his subjects. The camera is always a second citizen to the action. The film begins with a solo from David Byrne, performing an acoustic version of “Psycho Killer,” and soon has evolved into a nine-piece band for “Take Me to the River.”
In addition to Byrne, the Heads include Jerry Harrison, Tina Weymouth, and Chris Franz, who are joined by three more musicians and two backup singers–who don’t shy away from the chance to dance and run around with the rest of the band.
The screen behind the band displays a variety of images ranging from words to evocative images to children’s drawings. The end result is a resounding testament to the band’s talent and sense of humor–and one of the finest rock films ever made.
ENTRANCE IS FREE