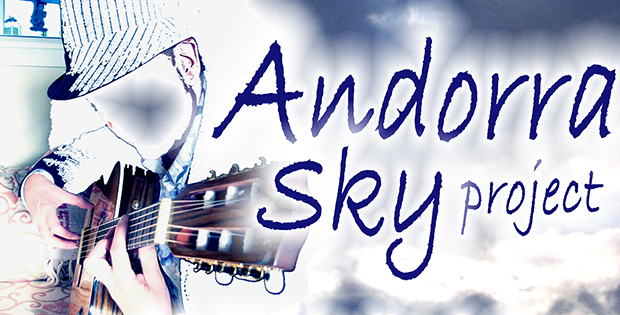 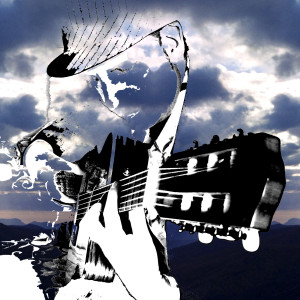 Guitarist/composer Andi James worked as a session musician at London studios including Abbey Road, and recording with producer Gus Dudgeon (Elton John, David Bowie). He played in the Irish rock band “Cast of thousands”, signed to Music for Nations who sold 25,000 albums with top ten hits across Europe.
Moving West to the city of Beats, Bristol, Andi honed his computer skills experimenting with technology and live performance, laying the groundwork for Andorra Sky project. Andorra sky is a move away from conventional songwriting into a musical space of haunting melody, electronic experimentation and soulful improvisation.
In the melting pot are influences from classic psychedelic bands like Pink Floyd, and post millennium bands Massive Attack, Royksopp, and Morcheeba.
For live performance Andi uses a loop pedal to build up layers of percussion and classical guitar, moving through set themes into wild improvisations and percussive experimentation.
Work on the recent album “Guitartronica” involved waking in the middle of the night to notate persistent ideas into a digital recorder.Themes were then developed layering loops and pads topped off with one take guitar performances.
Initial release- “Girl in the Supermarket” Ep has been received well and aired on numerous radio stations, and the album “Guitartronica” is now available worldwide at online music shops including iTunes, Amazon, spotify…
PLEASE NOTE THAT ENTRY IS BASED ON FIRST COME FIRST SERVE BASIS. JUST TURN UP ON THE NIGHT.
See Andi in action via the video below.