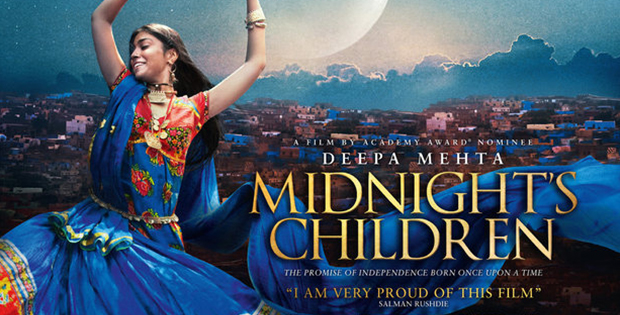 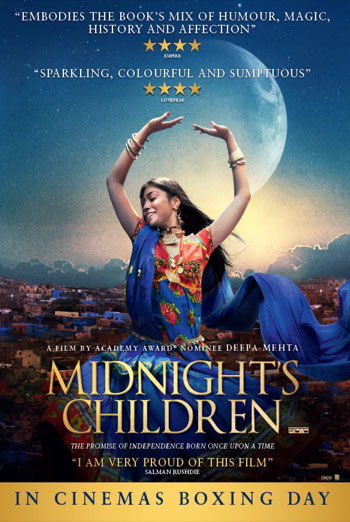 Spanning decades and generations, celebrated Canadian filmmaker Deepa Mehta’s (Earth, Fire, Water) highly anticipated adaptation of Salman Rushdie’s Booker Prize winning novel is an engrossing allegorical fantasy in which children born on the cusp of India’s Independence from Britain are endowed with strange, magical abilities.
Midnight’s Children follows the destinies of a pair of children born at the stroke of midnight on August 15, 1947, the very moment that India claimed its independence from Great Britain – a coincidence of profound consequence for both. “Handcuffed to history,” and switched at birth by a nurse in a Bombay hospital, Saleem Sinai (Satya Bhabha), the son of a poor single mother, and Shiva (Siddharth), scion of a wealthy family, are condemned to live out the fate intended for the other. Imbued with mysterious telepathic powers, their lives become strangely intertwined and inextricably linked to their country’s careening journey through the tumultuous twentieth century..

Andrew Knutt, director at CICCIC said “Movie goers can lounge in our sofas, grab a drink at the bar, even nominate movies for us to screen and even hire private movie screenings.”
CICCIC is a registered Neighbourhood Cinema with the British Film Institute No. 000921 and a member of Cinema for All.
An Event with an ID of "7728" could not be found. Please contact the event administrator for assistance.