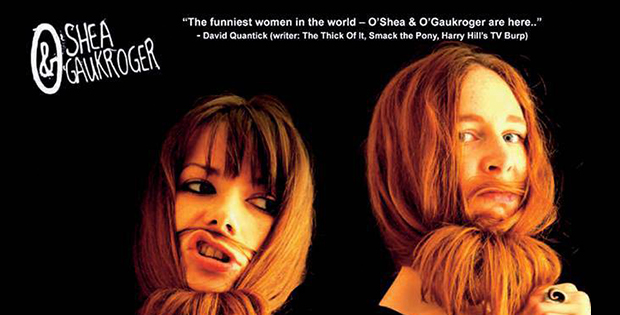 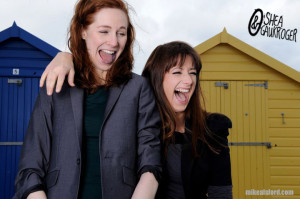 “★★★★” – Remote Goat
“…the laughs come thick and fast…” Remote Goat
“It can only be a matter of time before blossoming female comedy duo O’Shea & O’Gaukroger are household names.” Western Morning News
“The funniest women in the world, O’Shea & O’Gaukroger, are here…”  David Quantick (The Thick of It, Smack The Pony, Harry Hills TV Burp.)
Compared to The Two Ronnies and Morecambe & Wise, but with boobs.

Fresh from two UK tours in 2013, this up and coming duo are back with their new show, ‘We’re Dead Serious’. Expect a quick paced show of sketch comedy, gentle audience interaction, breathing and general unbridled joy. 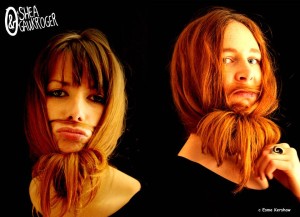 O&O have alter egos. Several. There’s the Bearded Ladies with a penchant for jokes, an over zealous pair of recruiters, and a man who fails to understand the necessity of trousers in public places. Fresh from two UK tours in 2013, this up and coming duo are back with their new show, ‘We’re Dead Serious’.
This quick paced hour long show will also feature an exclusive preview of TWO BRAND NEW comedy short films from the duo, made with the award winning Cineon Productions from their six part comedy series released on YouTube. Expect a show of sketch comedy, gentle audience interaction, breathing and general unbridled joy.

The latest comedy short ‘Crack’ has been accepted into London Short Film Festival 2015 :

As well as enjoying an hour of this amazing comedic act but you can also stay and enjoy live music from 6 piece local funk, rick and jazzy band Boudicca. 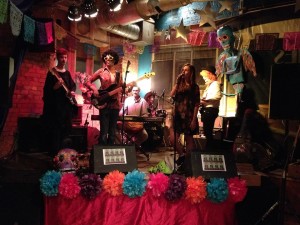 Boudicca is an instrumental fusion group. They perform on a variety of instruments including guitars, keyboards, woodwinds and percussion. They have two saxophonists (Ollie and Ryan), two guitarists (Will and Louis), a bassist (Alex), a drummer (Jeremy), a keyboard player (Blake) and a vocalist (Sian).
Most of their inspiration comes from New York based group ‘Snarky Puppy’, who they adore and more classic funk groups like ‘Sly and the Family Stone’ and ‘ Parliament-Funkadelic’.
The group was formed mainly from the Richard Huish College’s ‘Jazz Combo’ in 2013. Musicians Alex Drysdale, William Papworth, Jeremy Gachanja and Louis Johnston have been playing together since their first years of secondary school. Blake Purchase and Sian Ford then joined Boudicca at college and the group became more eclectic.
Boudicca released their first EP ‘Dirty Toes’ on SoundCloud in June 2014. Since its release, Boudicca have performed in various venues including Southbank Club and Mr Wolf’s in Bristol (supporting Land of the Giants ) as well as at various music festivals.