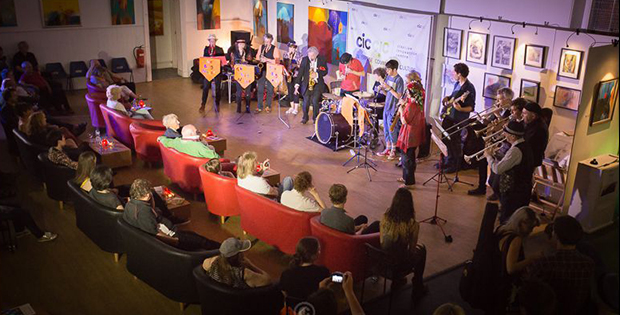 OXJAM has been going since 2006 and has raised £2 million for OXFAM so it was about time I went to one, not only to raise money but also to listen to some good local music. I joked with one of the organizers when I paid for my ticket the previous day that I was an OXJAM virgin. The CICCIC venue in Taunton is a nice space with acoustic clouds hanging from the ceiling and an eclectic seating arrangement. I got settled in my red throne and awaited the first of the 5 acts to play. 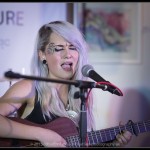 From the moment Stevie Brown opened her mouth I knew I would have a good night. My ears where caressed by her sweet angelic voice. Most of her set she was singing solo to a instrumental backing track of her own making but this didn’t detract from her performance. Lioness and Handful of Tears made an impressive mark. The audience had shown their appreciation and everyone enjoyed her set. 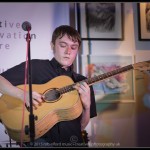 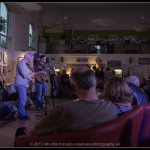 Mitchell & Vincent’s traditional folk tickled my inner folkie and got my toes tapping involuntarily. The Long Set and the melancholic High Germany are just two of my favourites from their set. This two piece with fiddle and guitar told such evocative stories as all good folk should , I was transported to another time with loved ones long gone. Vigorous applause rounded off Mitchell & Vincents time. 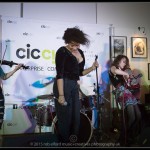 The five piece band The Incas kicked off with one of the most unique versions of The White Stripes Seven Nation Army I have ever had the pleasure to hear. It could well be the lack of a lead guitar that make this quintet so different to my ears. The soulful vocals , violin and accordion have more room to breathe, the rhythm section is solid , a laid back bassist and an intense drummer with some of the most expressive drumming faces I have ever seen! It’s not a proper gig unless the drummer plays so hard they lose a stick and indeed during the fourth song the excellent original Platform 1, a stick went flying off. 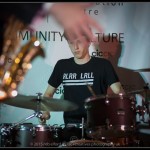 I loved the way the songs where built up of component parts, first the accordion then violin etc, it’s clever stuff with a kind of improvised Jazz feel. Everything came together really well , very different from most Folk-Rock I have heard. Another unique cover version , this time Feelin’ Good made famous by Nina Simone got the full Incas treatment . Aside from the awesome covers I also enjoyed the original material like Swansea FC and the final song they played, Mr Shakespeare a song written about the lone male in the group and my heart bleeds for the guy , it must be so tough!
I was very impressed with The Incas , every member gave it there all and the audience appreciated that and gave them lots of applause. Even more incredible is not one of the band is over 18.
The next band to play was The Big Noise Street Band and I must confess I didn’t hear them as I slunk off into the night. I had been caressed by Stevie, fingered by Darren, tickled by Mitchell & Vincent and well and truly Folk Rocked by The Incas, I didn’t fancy taking it up the Brass. I am sure the New Orleans Jazz from The Big Noise Street Band would have been excellent but it was time for me to go, ‘never out stay your welcome’ is a motto I live by.
I want to thank the venue who put the gig on without charging and all the acts who played for free, so you know all of your £10 is going to OXFAM. All in all it was a very enjoyable evening, I should have lost my OXJAM virginity earlier!
Written by The Outsider