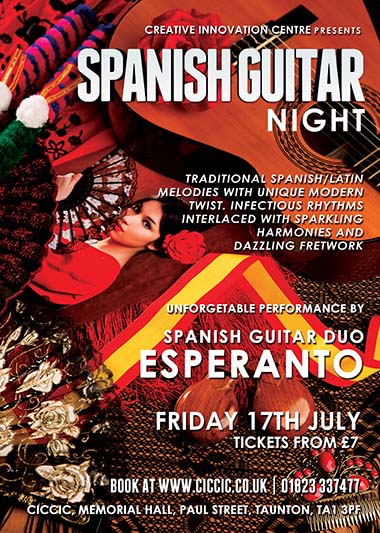 Esperanto brings together two of the South West’s finest Spanish guitarists –Jon Boyes and Mark Barnwell. Following a chance meeting on an international flamenco forum in 2004, the two have been collaborating ever since, snatching the opportunity to play a handful of concerts each year in between their own busy schedule as soloists, and it is an honour to have them play this unique concert in CICCIC’s candle lit Memorial Hall.
For their debut at the Creative Innovation Centre CIC, Esperanto will be performing music from their CD Ida y Vuelta. Literally ‘there and back again’, Ida y Vuelta is the phrase the Andalucians use to describe the flamenco styles that bear the hallmark of Latin American influences – a synthesis of Spanish and Hispanic rhythm and harmony.
A fitting title then, to reflect the duo’s brand of guitar music which blends South American and flamenco styles, as well as betraying Mark and Jon’s early rock influences. 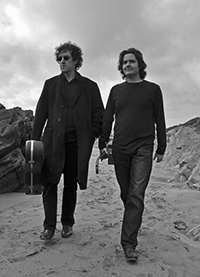