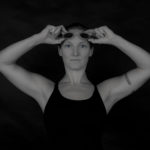 Join record setting ocean adventurer, Beth French for an interactive evening and exclusive screening of the Oceans 7 documentary trailer by award winning and nominated directors as she prepares for her upcoming ground breaking project.
Find out what it takes to swim the open oceans, why anyone would want to- and how an ex- ME sufferer overcame all the odds to become an internationally elite athlete. A chance to see the 2012 first British woman’s crossing of the Kaiwi channel in Hawaii, as well as the first public showing of the trailer ‘Oceans 7’ following Beth’s project to be the first person ever to swim all Oceans seven channels in a single year- the swimming equivalent of mountaineering’s seven summits. Be in it from the start at the launch of the crowdfunding campaign.  Bar available, as well as samples of high octane swimmers’ treats. 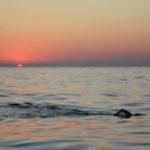 Anyone who’s ever looked at the horizon and wondered what’s out there, whether they went for it or not.
Be a part of this epic adventure, feel inspired to go challenge yourself and feel empowered to dig out those bucket lists.
Bring your sense of adventure, your inquisitive nature and your community spirit.#
Beth French was in a wheel chair at 17 with ME, but refused to settle. She forged her own way out and spent 8yrs travelling and learning indigenous health practices around the globe, including spending most of a year ordained as a Buddhist monk. She swam her first channel- the English channel- in 2012 and has since become the first person ever to make the crossing from Cornwall to the isles of Scilly.
She practices massage in Taunton and home schools her son for good measure, whilst raising awareness of ME recovery and ocean conservation.
For more information click on the following links:
www.bethfrench.co.uk
www.facebook.com/bethfrenchlives
www.twitter.com/@bethsbigswim