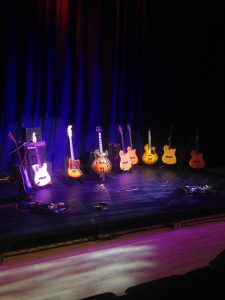 A great night of some of the finest guitar work in contemporary music with Pete Oxley & Nick Meier.

The Colours of Time is the new double CD from Pete Oxley and Nicolas Meier, and it has been praised by American guitar legend Ralph Towner as “a feast of virtuosity, delivered with depth, wit and joy”. The two guitarists are coming to Taunton as part of a major tour of Britain, France and Germany. 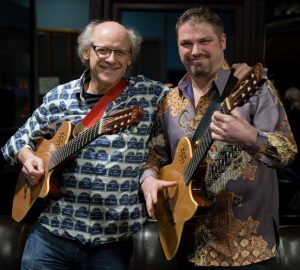 Pete began his musical career in Paris in the mid ‘80s before relocating to the UK in 1997. Shortly afterwards he opened The Spin jazz club in Oxford which in 2012 won the Parliamentary jazz award as ‘The Best Jazz Venue In The UK’. Pete regularly performs with some of the world’s leading jazz artists including Chris Garrick, Gilad Atzmon, Tim Whitehead, Dave O’Higgins, Bobby Wellins, John Etheridge and his own band Curious Paradise. He has now released 14 critically acclaimed CDs featuring his original compositions.

As a composer, Pete was recently selected as one of only a handful of British jazz musicians to have his compositions included in the definitive ‘European Real Book’ (Sher Music). www.peteoxley.com

With his unique style that is a blend of Metheny-esque jazz and Turkish inspired world music, Nick has toured extensively around the world with his band the Meier Group, sharing the bill with some of the biggest names in jazz including Bill Evans and Brad Mehldau. This wonderful band (featuring sax maestro Gilad Atzmon) won the overall prize for ‘best band’ at the Juan-les-Pins jazz festival!