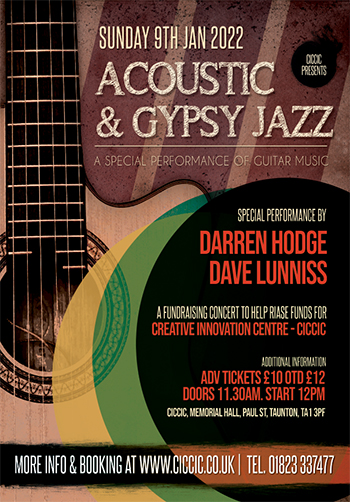 Darren will be joined by guitarist Dave Lunniss and double bassist Ron Phelan to perform one of the most potent forms of European jazz the vibrant sound of Django Reinhardt 1930s Paris.

It promises to be a fantastic lunchtime concert as it always is with these accomplished players!