If you love simple yet refined musical arrangements and outstanding vocals then this exclusive spring tour of Jimmy Ireland and his band, plus support from Ollie Dixon, will engage your music tastes and uplift your emotional thinking. A true honour to have such a great songwriter at CICCIC. 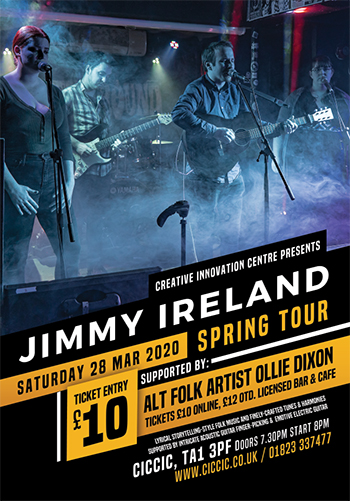 Jimmy will be supported by alt folk guitarist and singer-songwriter Ollie Dixon, recently promoted by BBC Introducing Devon for his exquisite guitar and moving vocal style.

Jimmy Ireland is a Devon based singer/songwriter who has a voice that can switch from delicate and fragile to rich and powerful with ease. Jimmy can be found performing at some the best music venues and events across the South West. Past appearances include supports for some of the most well kinown musicians in the industry such as Ethemia, Tallulah Rendall, Tobias Ben Jacob, Greg Hancock, Jim Causley and comedian John Bishop.

After moving from the UK in 2006 to the city of Mandurah, Western Australia and returning to the UK in 2011 he furthered his career in music by performing in many venues including CICCIC in 2015. 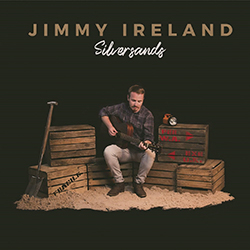 2013 saw his debut solo EP, ‘Bad Luck Boy’ in June 2015, and June 2019, Jimmy successfully released the EP ‘Silversands’ reminiscing of his time growing up in Western Australia reflecting on themes including family, friendship, love and self discovery. The EP recorded LIVE at Momentum Studios in Plymouth featured local musical artists such as Paddy Blight, Garry Kroll, Fintan May and Rachel Hine. 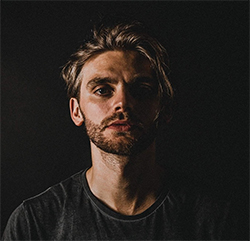 Ollie will be supporting Jimmy and his band by performing some alternative folk and amazing acoustic numbers. With a blend of complex guitar work, soulful vocals and heart felt lyrics, Ollie’s music bleeds honesty and soars between atmospheric highs and emotional depths. His performances are not shy of raw emotion as he unashamedly wears his heart on his sleeve.

His sound has been compared to artists such as Bear’s Den, Ben Howard Matt Corby and Bon Iver. Ollie’s original and energetic sound is steeped in historical and contemporary influences. songs are powerful, melodic and accomplished – switching from tender and brittle to involved, complex, impassioned and transfixing melodies.