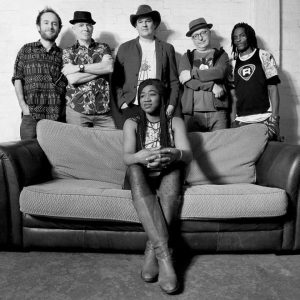 Dakar Audio Club are a 7 piece Afrofusion band with influences spanning music from Senegal , Mali , Zimbabwe and Congo
In a nutshell, their music is inspired by the vibes you’d hear across the dial of a bush taxi radio on a trip through the dusty, potholed roads of West Africa and blaring out of doorways in the bustling market places of Dakar and Bamako…Get ready to move !

Now it’s time for them to go national’