The Skimmity Hitchers – Scrumpy & Western since 2010

Rising from the cider soaked floors of Dorset’s back street boozers, the Skimmity Hitchers now roam the full girth of the West Country and beyond. Bringing their dry and fruity blend of Scrumpy & Western music to venues, festivals and fairs, these scrumpy swillin’ reprobates appeal to young and old, and everyone from folkies to cider punks, beardy badgers to shifty blaggers. 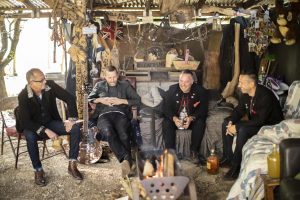 In their quest to bring proper job drinkin’ music to the masses the band have stolen the show at events of all types and sizes.

They have Christened children, tamed hordes of hairy bikers and even serenaded Tony Benn with his own personal number. Oh, and believe it or not they’re the first Scrumpy & Western band EVER to play the USA having toured Oregon, Washington and Vancouver BC in February 2016, with a return trip planned for the future. 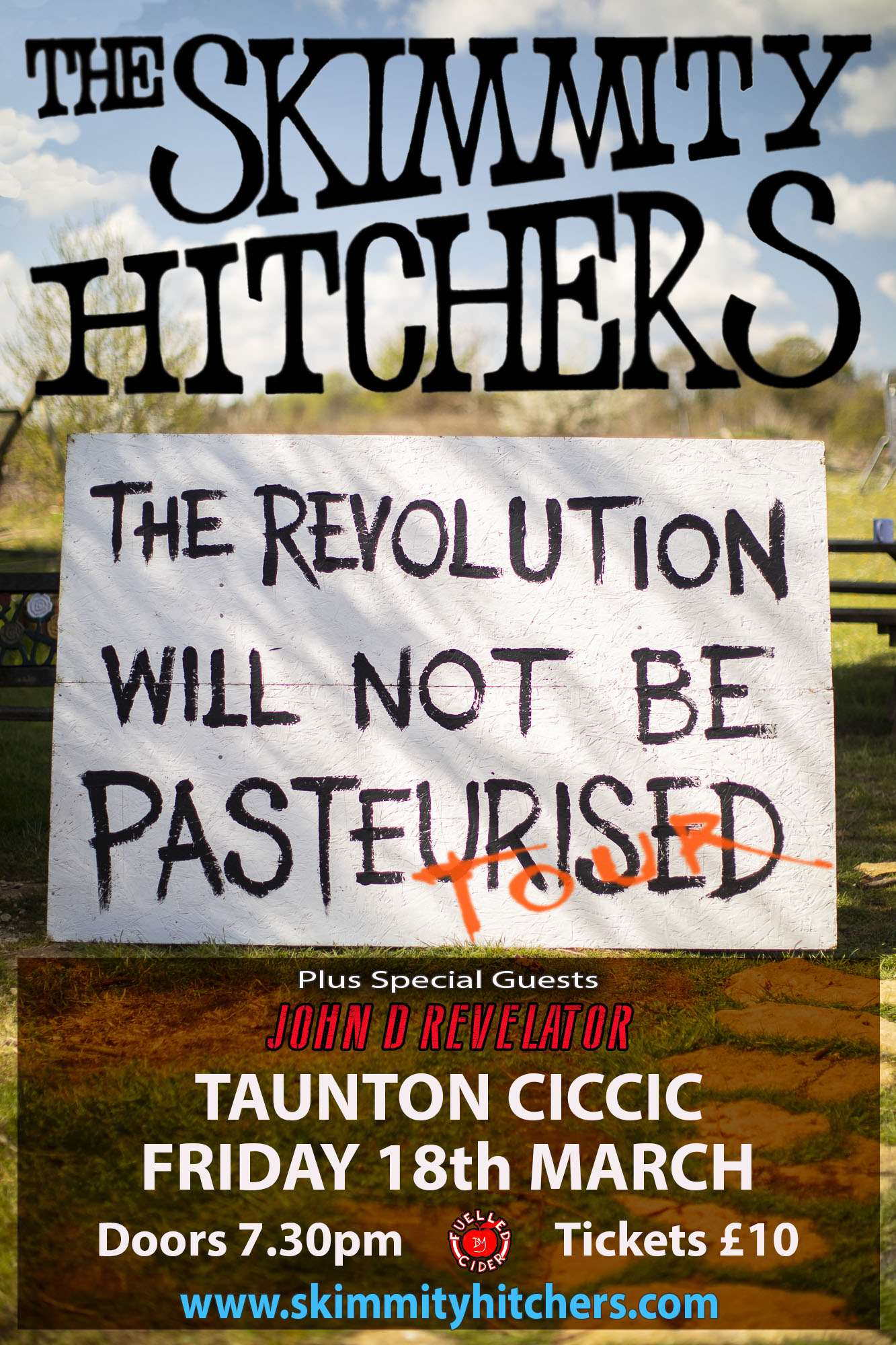 “Among the great discoveries of the weekend were Skimmity Hitchers… A band I wish I had stumbled across sooner. Funny, unapologetic and cider lovers to the core, they acted as a reminder of why it is important to not always take life so seriously. In a World currently in a deep chaos, Skimmity Hitchers are the light relief we so crave.” –  Watchet Festival 2019 review – Georgie The Journo

“The entertainment took it from an average night to ‘off the scale’!” – Steve Carpenter, Come Dine With Me contestant